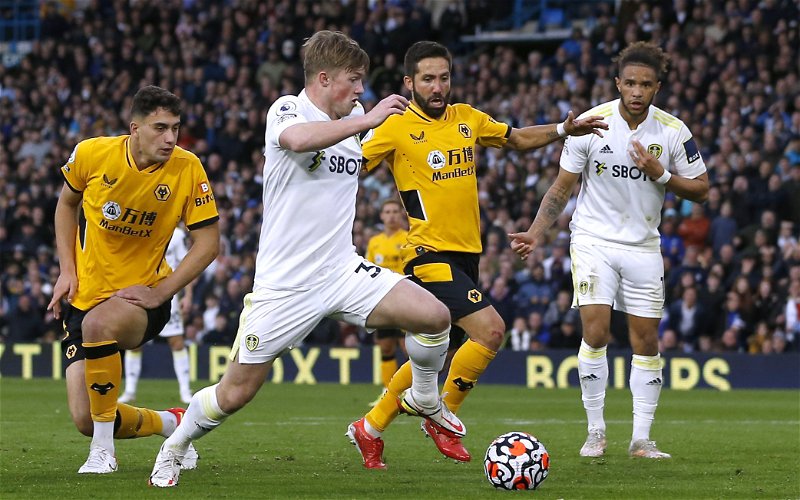 Plenty of Leeds United fans have been reacting to the performance of Joe Gelhardt during their side’s 1-1 draw with Wolves on Saturday.

The striker was handed just his second Premier League appearance in that match at Elland Road, and he certainly seemed to impress.

With Leeds trailing 1-0 after Hwang Hee-Chan’s early opener, Gelhardt was brought on in place of Mateusz Klich with 27 minutes of normal time remaining.

The 19-year-old would go on to produce an impressive performance during his time on the pitch, playing a crucial role in the Whites’ comeback.

It was his run into the Wolves penalty area that drew a foul from Nelson Semedo four minutes into stoppage time, that allowed Rodrigo to step up and fire home the penalty that earned Leeds a point.

Perhaps not surprisingly therefore, plenty of Leeds fans were keen to praise Gelhardt as they took to Twitter to give their thoughts on the game.

Here, we take a look at what some of those supporters had to say about the teenager’s latest performance.

This is certainly exciting from a Leeds United perspective.

Not only did Gelhardt seem to cope with the pressure on Saturday, but it appears he thrived on it once he got onto the pitch.

With Patrick Bamford still out, and concerns over Raphinha after his departure on Saturday, Gelhardt could have a big part to play for Marcelo Bielsa’s side in the coming weeks.

This performance therefore feels hugely important, and means both the club and player should have the confidence he can make a big impact at senior level when called upon to do so.