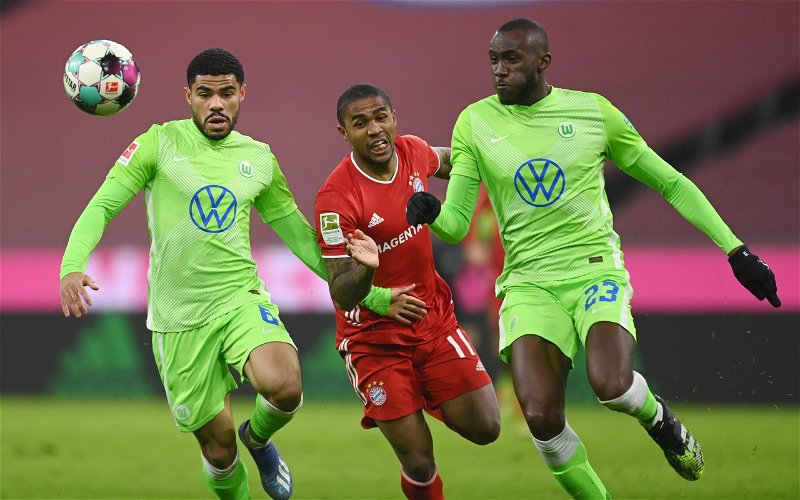 Leeds United have been credited with interest in Juventus winger Douglas Costa, but face competition from Wolves.

The Whites have been linked with names far and wide between January and now as the summer window draws nearer.

Attackers might not be the priority for Marcelo Bielsa, but added depth is always welcome as Leeds fight to establish themselves in the top 10.

Costa has been out on-loan at Bayern Munich this season but has struggled to make a consistent impact.

It would appear neither Bayern nor Juve are interested in him playing for them next season.

Now, Calciomercato are reporting that Wolves are joining Leeds in pursuit of the Brazilian, and are readying a £9million offer.

Costa can help seal the Bundesliga title this weekend with a win in their next fixture on the 8th May.

£9million does seem like a bargain, but I’m just not convinced Leeds should bother.

He’s 30-years-old, probably on a high wage, and not going to improve, it just doesn’t seem like a wise move.

It doesn’t shock me in the slightest that Wolves are interested though, and it’s a deal I can see them pursuing.

However, there’s just no place for an ageing winger in our side when we’ve got Raphinha and Jack Harrison starting.