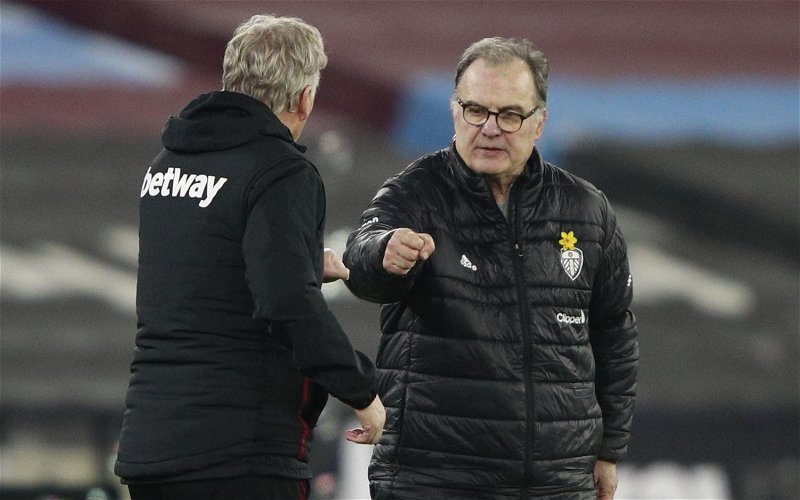 Leeds United will rediscover their form in the not too distant future, and could do so with a win at home to West Ham this afternoon.

That’s according to BBC pundit Mark Lawrenson, who is tipping the Whites to claim victory at Elland Road.

It has been a poor start to the season for Leeds. Marcelo Bielsa’s side are currently 17th in the table, and are yet to win in the league this season, while they needed penalties to get past Championship Fulham in the Carabao Cup on Tuesday.

West Ham by contrast sit eighth, with two wins and two draws from their five league games to their name. They also ought to arrive at Elland Road brimming with confidence after their own League Cup win at Manchester United in midweek.

But despite those differing fortunes, it seems Lawrenson is believes it will be Leeds who come out on top here.

Writing about the game in his weekly predictions column for BBC Sport, the former Liverpool defender said: “Leeds are yet to win this season, and they don‘t seem to carry the same threat going forward as they did last season. They are still conceding plenty of goals, though – 12 in five league games so far, and at least one in every match.

“Despite their poor form, I still think Marcelo Bielsa’s side will come good sooner rather than later. West Ham’s only league defeat came against Manchester United in very strange circumstances, but I fancy Leeds to edge this one.”

As a result, Lawrenson has backed Leeds to take a 2-1 win here.

Sadly for those of a Leeds persuasion, it feels hard to agree with Lawrenson here.

While you feel confident Leeds will find their form again eventually, this would be a really tough game for them to do it in.

As well as their poor form, Leeds have been ravaged by injury problems recently, not least in defence. That is something that Michail Antonio in particular will surely be determined to exploit for the Hammers on Saturday.

Indeed, West Ham do have the momentum after the midweek win at Old Trafford, and it wouldn’t feel like much of a surprise if that was to carry them through to another win at Elland Road.