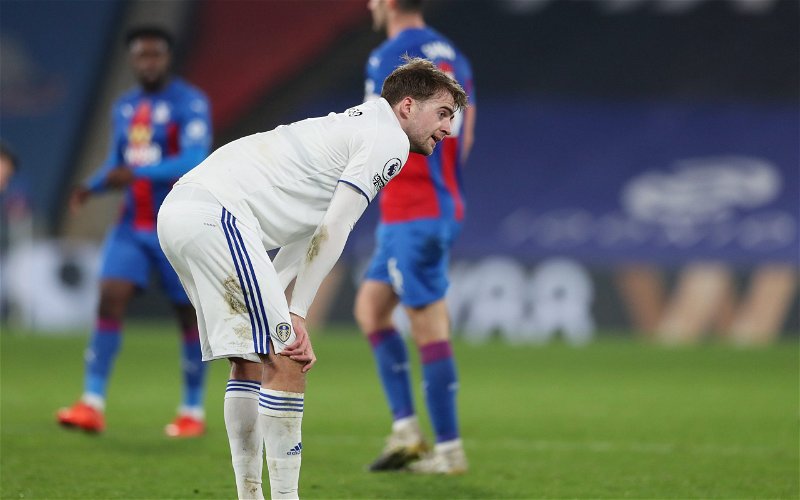 Kalvin Phillips has been included in England’s provisional squad for Euro 2020 but Leeds United teammate, Patrick Bamford, controversially misses out.

Leeds have enjoyed a superb season back in the Premier League, with Phillips excelling and earning a chance to go to a major tournament.

However, Bamford has missed out, despite the fact the 27-year-old scored 17 goals and registered seven assists for Marcelo Bielsa’s side last season.

Instead, Ollie Watkins makes the cut with Harry Kane and Dominic Calvert-Lewin.

As you might expect, there’s some seriously disappointed Leeds fans kicking around, with Gareth Southgate in the firing line after overlooking Bamford for the second time in 2021.

We dive into some of that angry response here:

The fact that Southgate has overlooked Bamford in a squad of 30+ is nothing short of ridiculous given the season he has just had.

Only Kane has outscored him this season in the Premier League and Bamford’s two goals in two games at the end of the campaign tells you that he was in-form.

Watkins has more potential right now, whilst Calvert-Lewin has been involved in the set-up all season, but neither are like-for-like when it comes to Kane or offer the work-rate that Bamford does.

It is massively disappointing for Bamford, but England’s loss could well be Leeds’ gain.

Bamford will get a well-deserved rest now and will once again be looking to prove Southgate wrong in 2021/22.

We are backing him to continue doing that.