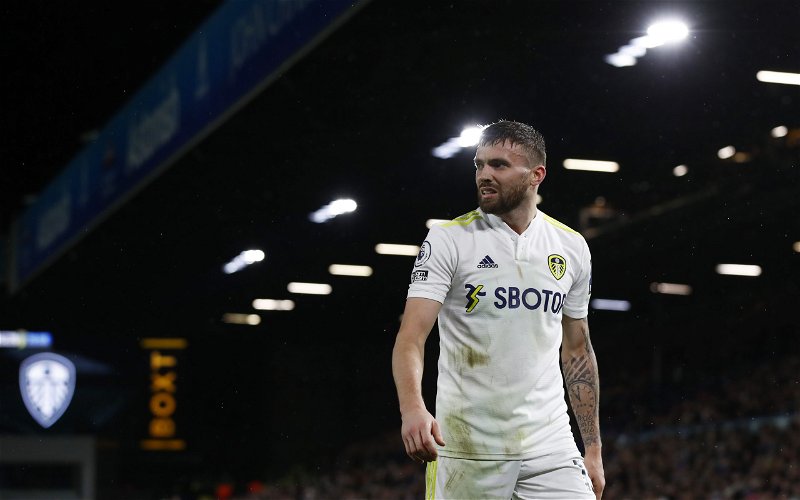 Leeds United full-back Stuart Dallas put in a heroic display to nullify Wilfried Zaha in the win over Crystal Palace.

The Whites needed a last-minute penalty from Raphinha to overcome Crystal Palace on Tuesday night, in a game where both sides’ biggest threats didn’t live up to expectation.

Stuart Dallas, perhaps stuck with the toughest of tasks in man-marking Wilfried Zaha, had an outstanding game in stopping the winger from affecting proceedings.

His efforts were highlighted after the match through a moment on lunacy and sheer brilliance when he dove head-first to halt Zaha’s progress and dispossess him, branded ‘magnificent’ by this fan:

It was a sensational piece of defending from Dallas and it just sums up the commitment he puts in.

He didn’t start the season too well, but we’re back to seeing the very best from him when he’s playing.

Dallas didn’t get much chance to flex his attacking power last night but his more important job was to stop Zaha, which he did.

You could see how much that goal meant to him when he hurtled into the Kop to celebrate.