Leeds have been linked with a host of players over the last few months, Garner included.

A report from The Athletic earlier this week has noted that the midfielder could be available for as little as £14m, with Leeds amongst the clubs noted within the report as holding an interest after the 21-year-old’s impressive loan at Nottingham Forest last season.

Our writers Kris (FA5) and Alfie (N12) assess whether Leeds should make their move to sign the midfielder this summer:

For that price, Garner simply has to be taken into consideration, but it would throw up questions about squad players in our side.

Mateusz Klich and Adam Forshaw have had to settle for bit-part roles after the arrival of Tyler Adams and Marc Roca, so bringing in Garner would be a hammer blow to their playing time.

As for what he’d bring, I think we would be silly not to consider signing him for £14million, given how well he played in the Championship last season. On top of being just 21, he’s shown great versatility in midfield, able to play as deeper while also being capable of progressing and getting forward – as four goals and eight assists in 21/22 highlights.

With Forshaw’s current deal due to expire in the 2023, I think it might be worth considering another midfielder soon, but I can’t see us going for him this window.

As much as he’d be a good signing, we will be focusing on a striker or left-back right now, so this opportunity might pass us by unfortunately.

The price is very good and Leeds should be having a look, there’s little doubt in my mind.

Whilst Marc Roca, Tyler Adams and Darko Gyabi have strengthened the depth in midfield, I’d like to see another body added just after the nightmare we’ve had in that area before. There’s also Adam Forshaw and Mateusz Klich coming to the end now, it’s not like we are blessed with long-term options.

Garner is a quality operator in that double pivot. He’d play the Roca role really well, dictating play with his excellent range of passing.

I share Kris’ belief that Leeds won’t look at it, though. They will (or should) have focus on a striker, whilst a left-back would be another priority.

You wish that the club would push the boat out and include a midfielder in that. It would put a lot of minds at ease amongst the fanbase. It just doesn’t feel like it’s going to happen.

Should Leeds move for £14m Garner? 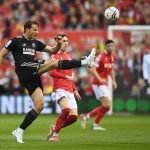 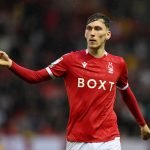