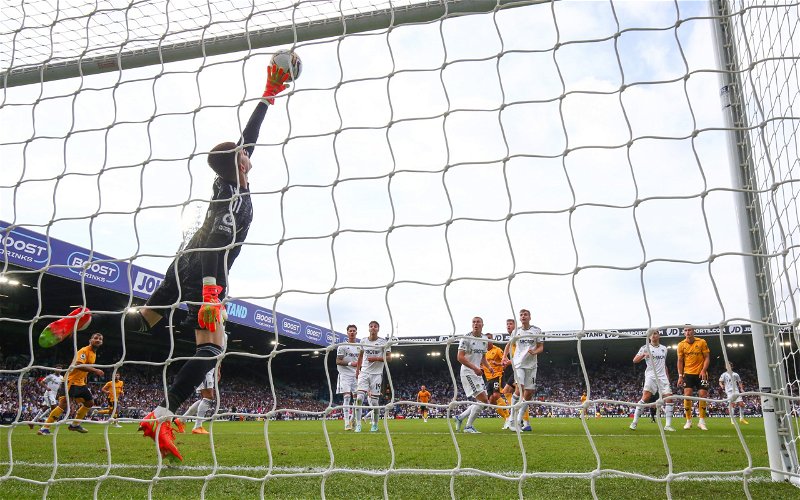 Illan Meslier was arguably Leeds United’s Man of the Match on Saturday in the 2-1 win over Wolves.

Leeds came from behind thanks to a Rodrigo goal and Rayan Ait-Nouri own goal to seal three points on the opening weekend of the season, getting Jesse Marsch’s first full campaign at Elland Road off to the perfect start.

However, Leeds were fortunate at times and had Meslier to thank for keeping the game at 1-1 before Brenden Aaronson forced Ait-Nouri to turn the ball into his own goal.

It’s almost expected now that Meslier is one of the best players in our side each week, with chances bound to be conceded.

We can talk about his shot-stopping after every game, but what I found most impressive was that previous weaknesses of his game were far less prominent.

The sometimes shaky distribution of last season wasn’t present on Saturday, finding players very often with a range of passes, while he was very commanding from crosses too.

The five saves were obviously outstanding, but his overall display was that of a player very confident and not coming off the back of two seasons of shipping plenty of goals.

With a more solid defensive setup in front of him, I think we’re going to see even more from the Iceman this season.

A lot has been made of how good Brenden Aaronson was and how he was the match-winner for Leeds on Saturday. Without taking too much credit away from him (because he was very good), the fact is that it was Meslier that won Leeds the points.

The 22-year-old denied Leander Dendoncker in the first-half and then again in the second from a corner. Those chances came either side of half-time and could’ve really killed Leeds’ chance of building the momentum they did to win three points.

In the end, I think it was six shots on goal from Wolves and five saves for Meslier. Top stuff at any level.

Meslier is taken for granted and it’s often the case that his mistakes get highlighted more than performances like this.

He was the match-winner on Saturday and deserves plenty of credit.

Is Illan Meslier worth more than €20m? 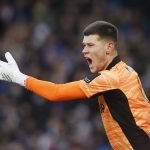 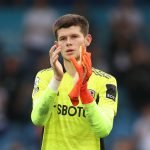