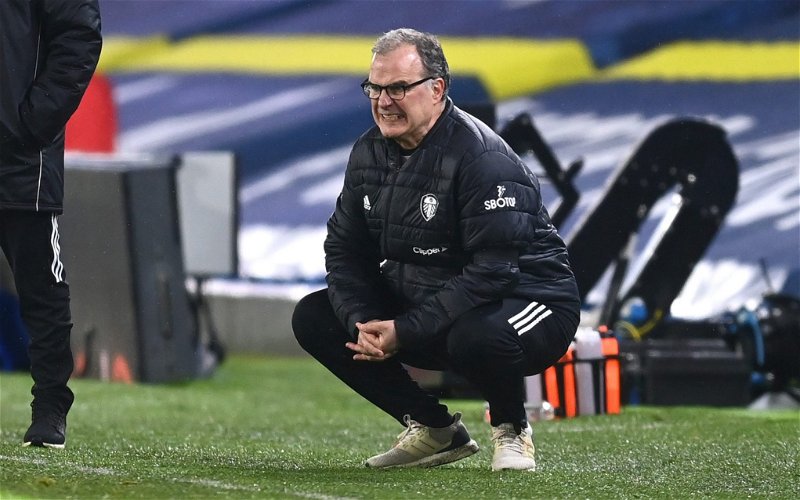 Leeds United manager Marcelo Bielsa admits he does not know whether he will be managing when he is the same age as Crystal Palace boss Roy Hodgson.

Hodgson is the only manager in the Premier League older than Bielsa, but with some distance between the two, the Argentine still has some way to go before he can say he has managed at Hodgson’s current age.

Monday night’s clash between Leeds and Crystal Palace will see Bielsa and Hodgson go face to face for the second time this season, and it seems the Whites’ boss has plenty of respect for the man who will be in the opposite dugout tomorrow night.

At 73-years-old, Hodgson is eight years Bielsa’s senior, but seemingly has now intention of stepping away from the game just yet.

However, it appears as though Bielsa himself has yet to decide whether or not he will follow in the former England manager’s footsteps by managing at that age.

Responding when asked if he would consider still being in charge of a football club at that age, Bielsa was quoted by the Yorkshire Post as saying: “It’s very difficult to predict or calculate what’s going to happen in eight years’ time.”

Even so, Bielsa is certainly full of respect for Hodgson’s ability to manager at his age – having first stepped into management all the way back in 1976 – with the Leeds boss going on to add: “The career of Roy Hodgson only deserves praise, recognition. To have the desire to extend his career so long is something to admire. Not only to do it, but to do it well.”

This will certainly be interesting for Leeds United fans to read you would feel.

Given the impact Bielsa has made at Leeds during his time at Elland Road, you imagine there would be some who would be more than happy for him to still be in charge of the club in eight years time.

However, that is still a long way away, and remaining in the game for that long would take a big big effort for anyone, so you can understand Bielsa being reluctant to commit to such a feat.

Indeed, the work he does means it could be particularly taxing for him to continue on for that much longer, although considering how much he loves the game, that may not be something that puts the Argentine off too much.