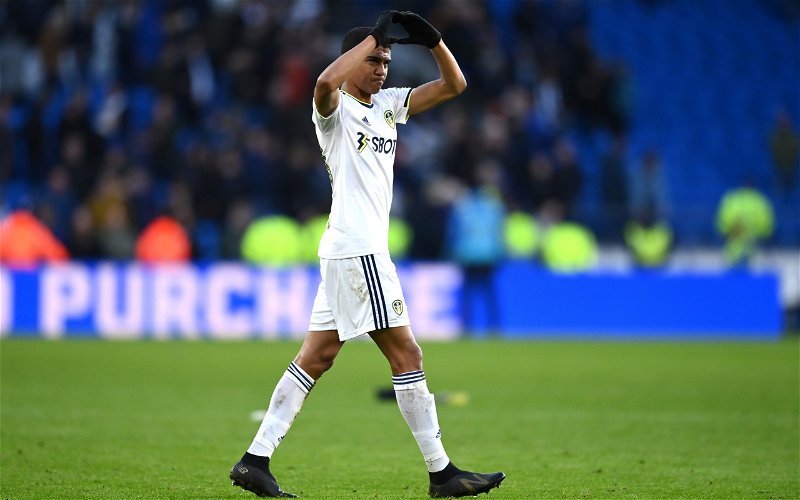 Cody Drameh is unlikely to leave Leeds United on a permanent deal in the January transfer window.

That’s according to a report from the Yorkshire Evening Post, which does however claim that the right-back has plenty of options for a loan move this month.

It was reported as far back as November, that it is likely Drameh will leave Leeds in the January window, as he continues to struggle for game time at Elland Road.

Despite that, the 21-year-old is still part of Jesse Marsch’s squad, as we enter the final week of the market, with a move elsewhere so far yet to materialise.

However, it seems a temporary exit could still be on the cards, with this latest update claiming Drameh will not be happy with his game time at Elland Road, despite being told Leeds like him as a player.

It is thought that the right-back has plenty of options he could join on loan before the window closes, should he wish to do so.

By contrast, a permanent departure is said to be unlikely as things stand this month, although it is noted that as ever in the transfer window, that is something that could still change.

You can’t blame Drameh if he does want to leave Leeds this month.

Right now, he is not getting the game time he needs for a player at the stage of his career that he is, or for the ability he possesses.

As a result, it would make sense for him to look elsewhere in search of opportunities, and it is no surprise that he appears plenty of suitors keen on his services.

In the circumstances, a loan move could be good for Leeds, since it would give them the chance to reassess the situation in the summer, and potentially have another go convincing Drameh of his long term future at Elland Road, at that point.