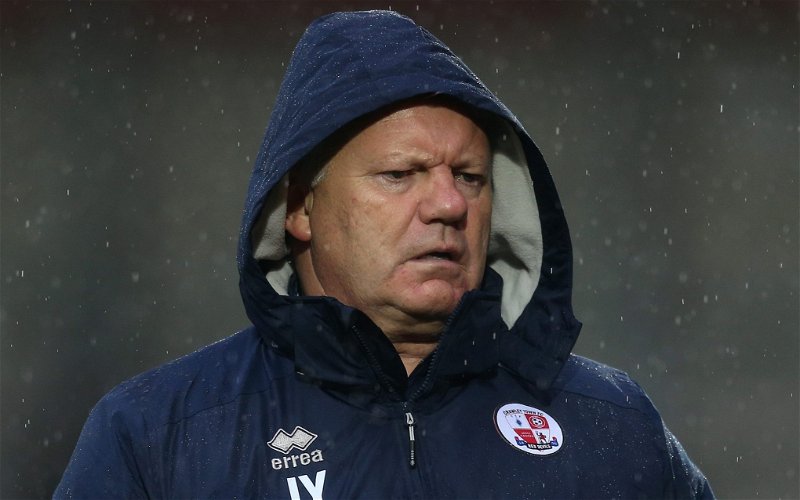 Crawley Town manager John Yems has joked that he would have liked to have played a bigger club than Leeds United in the third round of the FA Cup.

Yems saw his side pitted against the Whites in Monday night’s draw for the third round of the competition, prompting something of a tongue-in-cheek reaction from the Crawley boss.

While Leeds, like all other Premier League and Championship teams, will enter this season’s FA Cup at the third round stage, Crawley have already come through two rounds of the competition.

The League Two side overcame National League Yeovil in a 6-5 thriller in the first-round, before beating League One Wimbledon 2-1 at the weekend.

Their reward for that was confirmed in Monday night’s draw, where the Reds were handed a home time against Marcelo Bielsa’s side at the Broadfield Stadium, which will take place over the weekend of the 8th-11th January next year.

News of the draw led to something of an interesting response from Yems, who when asked if he was pleased with the draw, was quoted by The West Sussex Gazette as saying: “Not really, I wanted a bigger club!

“Seriously, you couldn’t have asked for more. It’s obviously a tough game but let’s hope a few more fans will be able to come. It will be the biggest game at home in the club’s history.”

Indeed, it seems Yems expects the tie to provide a big boost for both the club and the town as a whole, as he went on to add: “It’s got to be great for the town. It will give everyone a boost. It will be good for the players playing against good players let’s just hope we put on a good show.”

This should be an excellent draw for Crawley.

There aren’t many team with a bigger profile than Leeds in the country at the minute, which should generate plenty of attention for the League Two club, and could even earn them some welcome TV revenue in this difficult financial period.

You also feel as though the chance to test themselves against players of the quality that Leeds possess will provide an excellent opportunity for Yems’ squad, who will no doubt be determined to show their own ability on the big stage.

With that in mind, this all looks set to be a fascinating cup tie that ought to be well worth watching.