Leif Davis has penned an emotional send-off to Leeds United after his move to Ipswich Town was confirmed last night.

Leeds have opted to cash-in on Davis, who had entered the final 12 months of his deal at Elland Road.

The 22-year-old has been on tour with the club in Australia this summer, but has been moved on ahead of 2022/23 kicking off in the next couple of weeks.

Ipswich is Davis’ destination, where the left-back will be looking to build on the 29 senior appearances he’s made for Leeds and Bournemouth.

The bulk of Davis’ opportunities came between 2018 and 2020 when Leeds were fighting for promotion to the Premier League, with Marcelo Bielsa handing him 10 of his eventual 14 appearances.

An image of him celebrating Leeds’ Championship title win in 2020 headlined his farewell message on Instagram, which read:

“Being at Leeds United was never taken lightly and has been such a big part of my journey and growth so far. I’ve made some friends for life and will never forget the feeling of the roar at Elland Rd and the passion of the fans at the stadium and beyond. It’s time for me to move on.

“I just want to say THANK YOU to all the staff, players, fans and all connected with the club for your support whether it’s been big or small. Leeds will always have a place in my heart.

“I wish everyone well and lots of success in the future. #MOT”

Will Firpo make a bigger impact for Leeds next season? 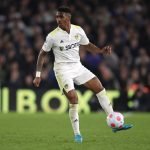 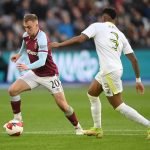 Davis has clearly found first-team opportunities hard to come by at Elland Road and, in some ways, he’s probably been a victim of the club’s success since he arrived.

However, what Leeds have done for Davis is developed him and, in moving to Ipswich, he’s got himself a very good EFL move.

You can tell in his message that he’s grateful for the opportunity to play for Leeds and he’s got his own place in the club’s history books having played in the promotion campaign.

There’s been plenty of well wishes, too, with this a really amicable transfer where everyone will wish everyone nothing but the best.