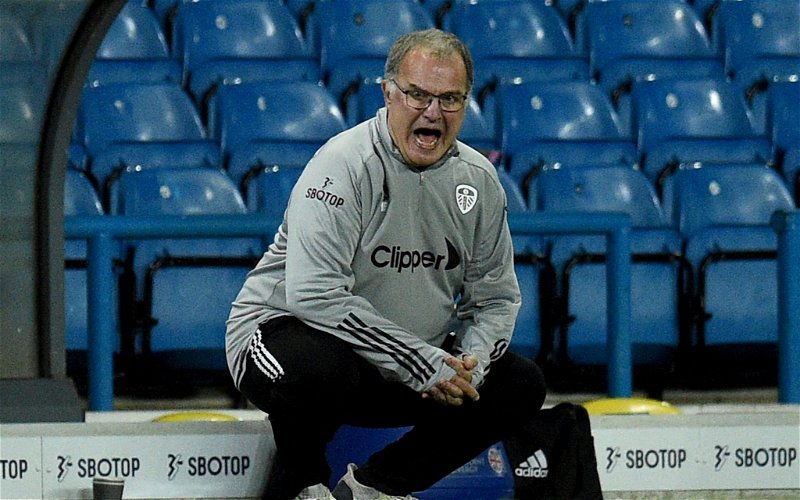 Tony Cascarino has been praising the risks Leeds United take whilst tearing into Manchester United.

Leeds beat Fulham 4-3 yesterday in a thrilling contest, with Man United losing 3-1 later in the day against Crystal Palace.

Marcelo Bielsa has been praised too, with Cascarino even stating that he is what Man United need.

A brace from Helder Costa, a Mateusz Klich penalty and a fine Patrick Bamford finish secured Leeds a 4-3 win over Fulham.

Just hours later, Ole Gunnar Solskjaer’s side went down without troubling Crystal Palace, who were 3-1 winners at Old Trafford.

That’s led to Cascarino tearing into Man United on talkSPORT, whilst also stating they look like they need Bielsa.

I think Solskjaer got a lot wrong yesterday because he should have made changes a lot earlier. There was no urgency.

I was watching Leeds in the earlier game, and then watching Man United at 5:30pm, and I was thinking, ‘maybe United do need something different’.

Not players, but maybe they need Bielsa.

I’m looking at Man United and thinking they do the exact opposite of what Leeds do – they don’t take risks.

When Ole gets it right – and he has got it right in a good few games – they are offensive and attacking and dangerous from many parts of the team.

But yesterday they were laboured, sloppy and never had anything, which represents Manchester United.

Cascarino’s comments are a little bit tongue-in-cheek, but when you look at the two performances yesterday, you see what he means.

Leeds are so committed with the way they play and each player knows their role.

That’s not the case at Old Trafford and Man United look a really poor side.

Of course, it’s great to watch from a Leeds perspective, but it isn’t the Man United those of a certain generation are used to seeing.

Bielsa would improve them and that kind of thing makes you realise how lucky we are to have him.

Every time we take to the field we’ve got a chance, which is largely down to his coaching.