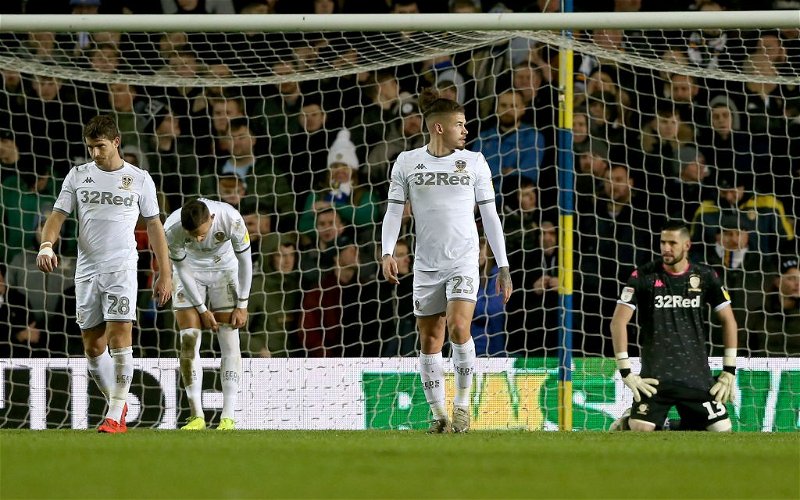 Yesterday we saw some of the best and worst football Leeds have played at Elland Road for years.

The whites romped into a 3-0 lead after 50 minutes against Cardiff, including 2 goals in the first 10 minutes. The talk around the stands was how many we would win by. Cardiff looked dead and the game looked done and dusted after Patrick Bamford slotted in a penalty in the 52nd minute.

The football was stunning, free-flowing and we were cutting the Bluebirds apart but this is Leeds United and the only team capable of stopping us right now are ourselves.

The tide turned on the hour mark. A hopeful ball was pumped into the Leeds box, Kiko Casilla decided to try and come for it but got nowhere near it. Leeds couldn’t deal with it and it fell to Lee Tomlin who somehow managed to scoop it into the far side of the goal. It was a good finish but Leeds should’ve dealt with the initial cross.

That was it, panic set in both in the crowd and on the pitch. We couldn’t get our game going again and Cardiff were edging themselves into the contest believing they could get something.

Bielsa tried changing the flow of the game by bringing on Nketiah and Alioski but if anything it made us lose any shape we still had. Cardiff won a free kick in an area where you would expect them to pump another high ball into the box. Instead a ball was played out wide to Joe Bennett who had plenty of time to get a cross into the box and there was Morrison to slot home from close range.

Still 8 minutes to go and Leeds looked lost. Everything good about the first hour was being undone and there was nothing we could do about it.

Pascal Struijk was introduced to bring a bit of height to the defence in a bid to stop Cardiff’s onslaught of long balls. This was put to the test immediately as he jumped for a header but challenged his own team-mate. Someone just needed to get hold of the ball and keep it.

In the 86th minute Cardiff’s Sean Morrison was given a straight red card for a high tackle on Eddie Nketiah as he threatened to break away from the defender. That was it, surely? Cardiff down to 10 men, Leeds with a free-kick high up the pitch and a chance to keep hold of the ball and take the sting out of the game.

Just 2 minutes later 10-man Cardiff drew themselves level. Yet another long-ball, Tomlin got a flick-on to play the ball behind Struijk into the path of substitute Robert Glatzel who spun past the Dutch defender before slotting low past Casilla and the sliding Ben White.

The game was done, Leeds had thrown away a three-goal lead and with that 3 crucial points. Leeds has a late chance to grab the winner but Nketiah’s header was well saved and Ben White couldn’t get hold of the rebound and the ball trickled wide.

Disbelief all around Elland Road as the final whistle went. How can you dominate a game for so long, go 3-0 up with countless chances to make it more, then end up drawing 3-3? It was absolute madness but it was a wake-up call, the only team in this division who can stop Leeds United gaining promotion this season is Leeds United.

Still 10 points clear of third place and a chance to increase the gap next weekend as we travel to Fulham, the side who many believe, if any, can break this top 2 of West Brom and Leeds.