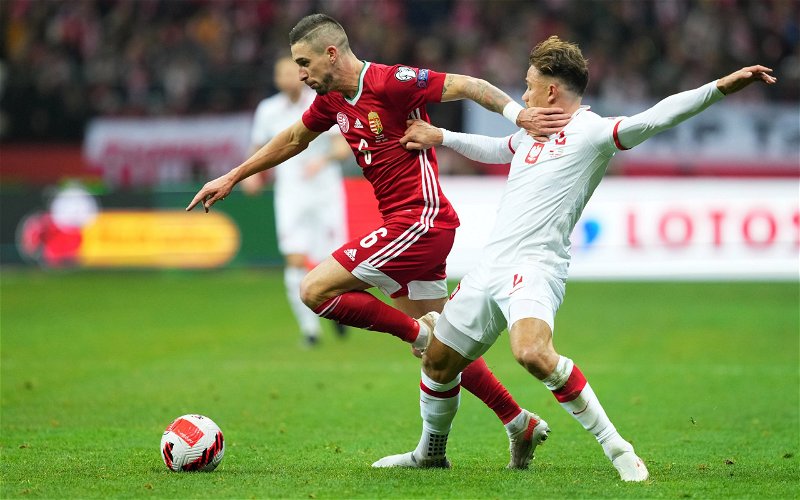 Aston Villa’s Matty Cash has revealed that Leeds’ Mateusz Klich was the first to contact him regarding his switch to the Poland national team.

The 2022 World Cup qualifiers have reached the decisive stages with top spots decided and places in the play-offs confirmed.

England have sealed their automatic qualification to the finals in 2022, while Mateusz Klich and Poland finished second last night after losing 2-1 to Hungary.

The Leeds midfielder will be hoping he can help fire his team to the World Cup, and their squad has been handed a boost by the arrival of Matty Cash.

The Aston Villa full-back has switched his allegiances to Poland and has made two appearances to solidify their qualification standing.

He has also revealed that he got some help from Klich in getting to grips with his new teammates and national team.

The Athletic have reported that as Cash came into the Poland squad, Klich moved quickly to make him feel at home.

Gregg Evans has revealed the details of how Klich helped the Villa man become accustomed to new surroundings, putting rivalries aside in the process:

“Mateusz Klich, the Leeds United man, was the first to get in touch, telling Cash he was looking forward to playing with him instead of against him following a series of battles over the years.”

Cash will be a great addition to that Poland side, in a position that was long locked-down by Lukasz Piszczek.

It’s great to see the leadership qualities here of Klich to put an arm round Cash and offer him a friendship before he’s even arrived.

It’s not surprising though, given what we know about his personality at Leeds.

Hopefully, we see this partnership grow as they head towards the World Cup and potential qualification.