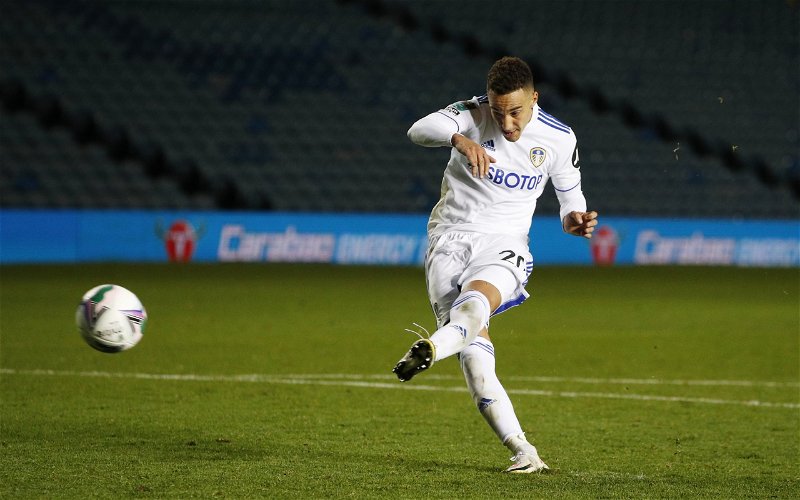 Marcelo Bielsa has stressed that Rodrigo is ready to start games for Leeds United, However, the striker won’t start this weekend against Fulham.

Leeds spent big to sign Rodrigo this summer, with the striker costing £27m to lure out of Valencia.

He debuted from the bench and conceded a penalty at Anfield last week, then started last night’s League Cup tie with Hull City.

Bielsa appears satisfied with Rodrigo’s level and has been quizzed on his potential inclusion against Fulham on Saturday.

Rodrigo got through 90 minutes of last night’s League Cup defeat to Hull. He showed good touches, but Leeds struggled with a young side and were beaten on penalties after a 1-1 draw.

It’s often taken time for new signings to get ‘Bielsa ready’, but that’s not the case for the 29-year-old.

He is already ready.

Pushed on Rodrigo’s full debut against Hull, Bielsa agreed with reporters that his striker’s energy was good.

I agree with your analysis of his performance.

Whilst there is plenty of positivity around the Spanish international, Bielsa confirmed he wouldn’t start against Fulham

He won’t start on Saturday, but he’s in a good condition to start if we want him to.

Whilst the team’s performance wasn’t good against Hull, Rodrigo showed decent touches and 90 minutes will have done him well.

He’s a special player and his stature in the game means his fitness levels are naturally high. That’s good news for Bielsa, as there won’t be the ‘bedding in’ period other signings sometimes need.

Patrick Bamford looks set to lead the line against Fulham, which is fair enough. He scored last week and did well.

In time, I still believe Rodrigo displaces him, but Bamford is good enough to help us get a positive result against Fulham.