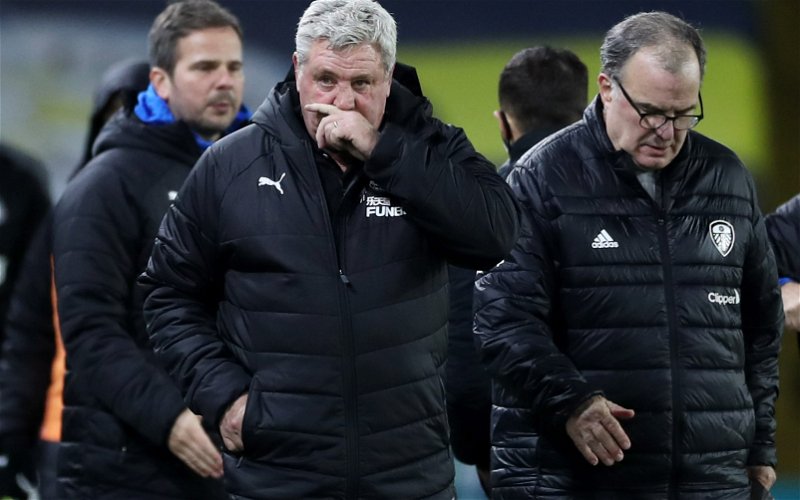 The Whites are still looking for their first win of the season after a tricky start to their second season back in the Premier League.

While neutral pundits have often questioned Bielsa’s methods in humbling defeats, there’s no changing what has made this side so successful.

His impact on not only the football at Elland Road, but the wider community and the entire ethos of the city is undoubted, and his rival in the opposite dugout at St James’ Park has heaped praise on him.

Speaking in his pre-match press conference, Bruce stated (via The Chronicle):

His team, now, are probably the team that you want to watch. They’re different to everybody else. I’ve got nothing but respect for the guy who’s transformed Leeds.

When I took Sheffield Wednesday there a few years ago now, I witnessed first-hand, if you like, the change at Leeds.

I saw a group of players who had been in and around that league for a long time, no disrespect to them, and the impact of the manager on them. I haven’t seen an impact like that.

Of course, I’ve seen big managers walk in, like Tuchel, Klopp and Pep at Man City, but I’ve never seen anything at that level, a difference quite like it.

Bruce saw the difference in Leeds from the season prior to Bielsa, and the first season of his football and that change is immeasurable.

To get these players to a point where we’re now legitimately believing that this 2021/22 start has been poor highlights the standards and how they’ve raised.

It’s a shame to see Newcastle in such a struggle at the moment, because the club just seems in need of overhaul.

However, it is good to see Bruce happy to give this praise when he could have spent this press conference defensive, given the pressure he’s under.