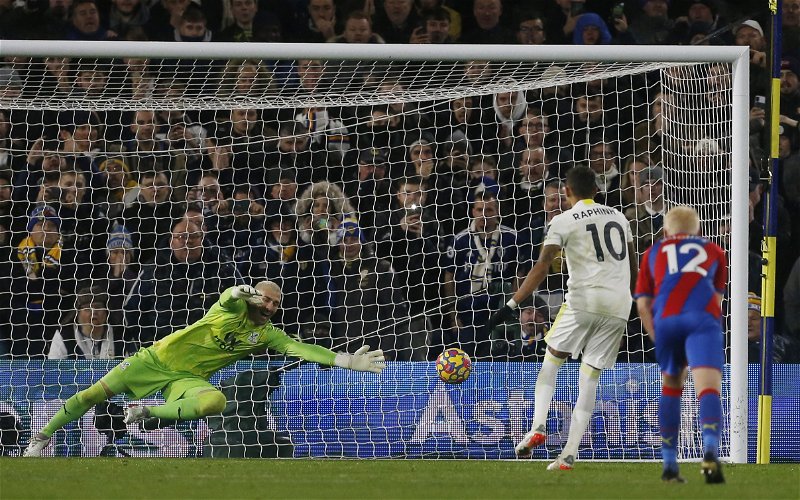 Leeds United full-back Junior Firpo’s brilliant celebration of the late winner against Crystal Palace has been spotted on social media.

With no Patrick Bamford or Mateusz Klich to take, the crowd watched as Raphinha stepped up to take Leeds’ second 94th-minute penalty in six league games.

As he hopped in the run-up, he wrong-footed Vicente Guaita and scored to cue huge celebration from the players and crowd.

Left-back Junior Firpo’s celebration has since caught the eye, with the player falling to his knees as the ball hit the net (via @Leedsinshetland on Twitter):

That just sums up the exact feeling of everyone in the crowd when the ball hit the net: pure relief and ecstasy.

The hop will have jangled a few nerves but Raphinha was never in doubt of scoring that, and the reaction shows you how massive a moment that could be for us.

We haven’t been nearly good enough this season, but that could be the spark to see us kick on as we know we should be.

On a personal level too, it must have been good for Firpo to have helped the side to this win after coming on and doing so well.