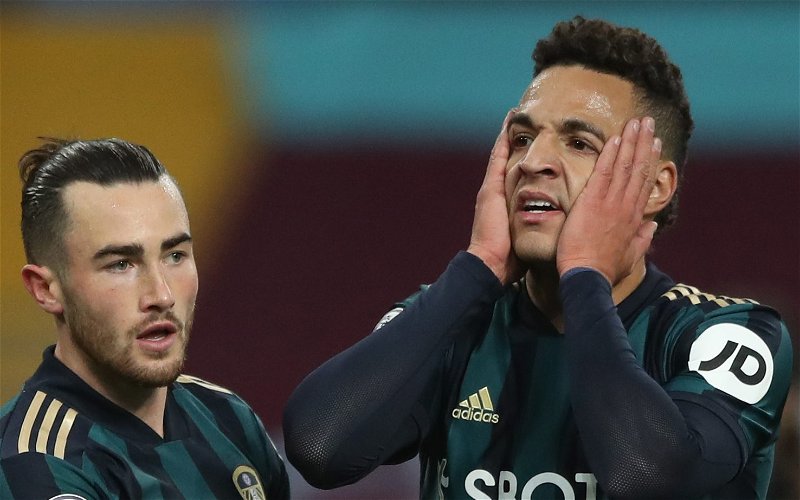 Leeds United striker Rodrigo has revealed the research he did on manager Marcelo Bielsa before he joined the club.

Rodrigo became the club’s record signing when he made the move to Elland Road from Valencia earlier this summer, although it seems he was keen to look into his new manager before agreeing to the deal.

Rodrigo was the first big name to make the move to Elland Road following their promotion back to the Premier League, joining the club for a reported £27million.

Since then, the Spanish international has been a regular feature for Marcelo Bielsa’s side when he has been available, and has scored once in six league appearances for the Whites.

Now, it seems as though his decision to join the club was influenced at least in part, by what he had heard about Bielsa from those who have previously played under the current Leeds boss.

Speaking to The Yorkshire Evening Post about his move to Elland Road, the 29-year-old revealed: “He’s a very good manager.

“Before I came here I spoke with some team-mates that had already worked with him before. I feel really comfortable [at Leeds].”

Indeed, it seems Rodrigo has been pleased with his experiences under Bielsa so far, as he went on to add: “I think we are showing his way of training and his understanding of football is working in Leeds. I feel really comfortable to be here with him.

“It’s always important to work with people that have recognition from other people.

“I have had the luck to be trained by some good managers and with him [Bielsa] it is exactly the same. It’s a great opportunity for me to keep growing and keep improving.”

You feel that Bielsa himself will be rather pleased with this revelation from Rodrigo.

Given his own meticulous approach to things within the game, the fact that Rodrigo has done the same in preparing for a potential is something the Argentine will surely appreciate.

Indeed, it is also encouraging to see this from a Leeds point of view as a whole, since the seriousness with which he has taking this move, highlights just how committed Rodrigo is going to be during his time at the club, something we are already starting to see out on the pitch.