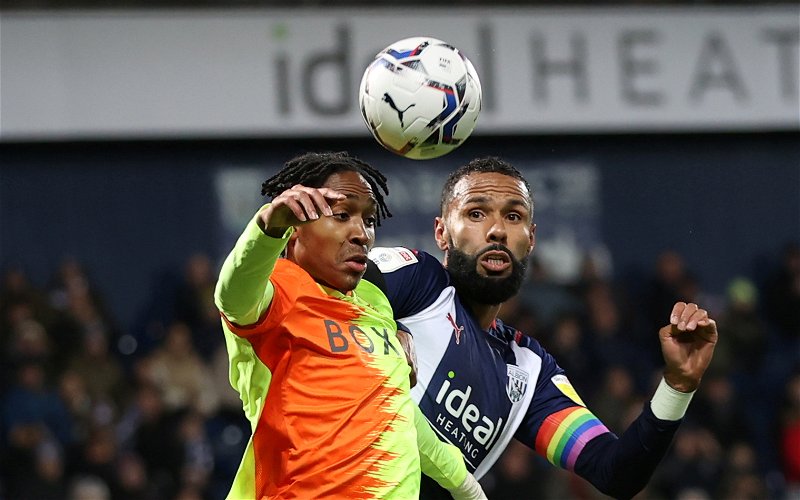 Djed Spence has emerged as a player that Leeds United are monitoring.

Leeds are on the lookout for signings this month, with a midfielder believed to be the player the club are targeting.

However, there does appear to be other players on the club’s radar, even if they aren’t a priority.

As per Sky Sports’ Transfer Centre (17/01; 11:19), Leeds join Arsenal in showing an interest in signing Spence, the Middlesbrough right-back, who is impressing on loan at Nottingham Forest this season.

A number of Premier League and European teams – including Arsenal – are understood to have enquired after Middlesbrough defender Djed Spence this month.

Spence – who has also attracted the attention of Leeds – is currently on loan at Nottingham Forest and played in their FA Cup victory over Arsenal.

Any potential deal would see Spence – who is valued around £10m – remain at Forest for the remainder of the campaign as he has already played for two different clubs this season.

The 21-year-old has made 19 appearances for Forest on loan this season, scoring once.

His form since the appointment of Steve Cooper has been impressive, with the wing-back system particularly suiting Spence.

It’s not a priority to bring a right-back in this month, and someone like Spence wouldn’t be able to play for Leeds this season if he did sign, but looking at this deal long-term, it makes sense.

At 21, Spence has his best years ahead of him and he’s made a significant improvement under Cooper.

Cody Drameh’s future at Leeds has to be in doubt given the nature of his exit on loan last week, particularly if Marcelo Bielsa decides to stay into a fifth season.

The addition of someone like Spence would allow Stuart Dallas’ focus to switch onto playing in midfield more regularly, rather than covering Luke Ayling as he so often has to do.

In one of the next two transfer windows, Leeds are going to have to look at their full-back options.

That’s why a deal for someone of Spence’s ilk would make sense, even if it’s going to be a big ask muscling a club like Arsenal out of a transfer.