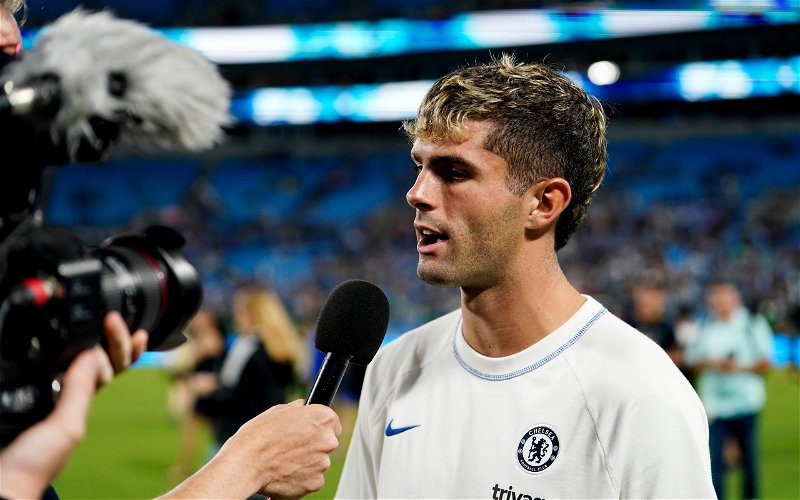 Leeds United are said to be admirers of Christian Pulisic, and Sky Sports’ Jamie Carragher is concerned for the USA international’s lack of game time ahead of the World Cup.

He has started only once for Chelsea this season with a further seven appearances coming from the bench equating to a total of under 200 minutes played so far. Pulisic may regret not finding a move this summer as he looks for game time and sharpness ahead of the World Cup which begins next month in Qatar.

He signed for The Blues in 2019 for a reported fee of £58million (Goal) but game time has slowly lessened over each season.

Speaking on CBS Sports’ Champions League Show, Jamie Carragher believes the 24-year-old won’t get the game time required ahead of one of the most important World Cup’s in US history given the heightened expectation on both Pulisic and his national team. Carragher said:

“We haven’t seen much of him already and it’s early days for Graham Potter. (Thomas) Tuchel didn’t use him too much. The new manager (hasn’t either), certainly during these early games, so I think it’s a little worrying for Americans, in terms of the World Cup.”

Calcio Mercato reported last week that the Whites are one of a number of clubs looking to sign the Chelsea winger in January as Stamford Bridge game time remains elusive.

Carragher intimated that a move away from Stamford Bridge could be best for the winger, as he will lack the fitness required for his national side, he added:

“We are talking for England as well about getting players up to speed for the World Cup and it doesn’t seem like Pulisic is going to be at his best, in terms of fitness, energy, sharpness and rhythm going into the World Cup, so I think it’s very worrying for him.

“I don’t see how he’s going to get the games. There are so many players in those attacking positions. The most he’s going to get is minutes coming off the bench and that won’t be enough for him to show his best for the national team at the World Cup.”

Although it looks bleak at the moment, Carragher did admit that Potter is a a manager more receptive to change than his predecessor, so perhaps circumstances could change, he said: “Of course, the manager at Chelsea changes quite a lot. You always think, ‘okay, you are going to have a new chance to prove something and play differently’.”

Should Leeds make a move for Pulisic? 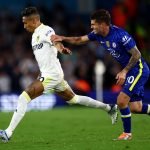 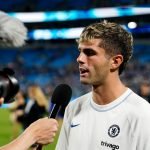 Pulisic should have pushed through a move to another club this summer, even on loan.

With hindsight it is easy to say, but he was always going to struggle for regular minutes given Chelsea’s abundance of options in attack. Their forward line is among the strongest in the league.

Carragher is rightly concerned. The expectation has almost never been larger on the USMNT and Pulisic. A loan to Elland Road would have meant more minutes and sharpness, as well as playing alongside two of his international teammates. It would have made a lot of sense for that reason, too.