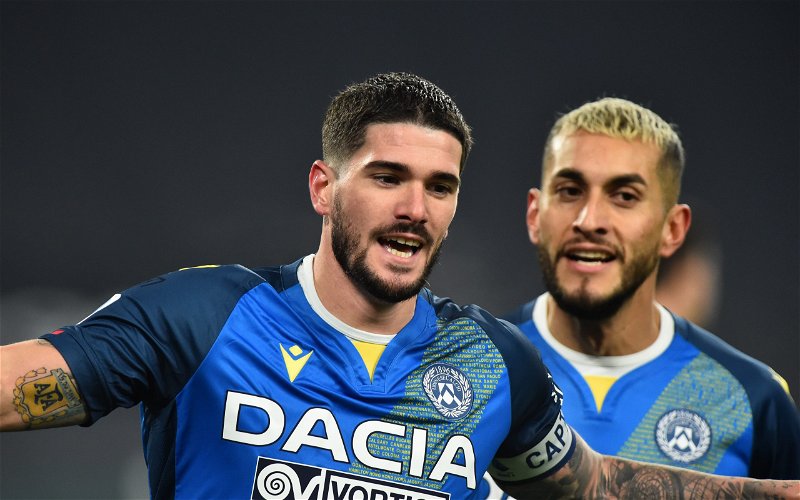 It has been claimed that Leeds United are on the lookout for a player in the Rodrigo De Paul mould this summer.

Leeds have had a successful first season back in the Premier League, with Marcelo Bielsa guiding them to ninth in the table despite 16 years away from the top-flight.

The season concluded with a 3-1 win over West Bromwich Albion at the weekend, with focus already on the summer transfer window and what’s to come into Leeds.

The last two transfer windows have been dominated by talk of De Paul to Leeds, with the Udinese midfielder even flirting with the idea of arriving to work with Bielsa.

Now, Sky Sports have provided a fresh update by namedropping De Paul and claiming that Leeds are on the lookout for a player of his ilk this summer.

Having missed out on Udinese midfielder Rodrigo De Paul last summer, Leeds continue to search for a player in his mould and have been linked with a return move for the Argentina international.

It’s no secret that Leeds United are after a midfielder this summer. The fact that Stuart Dallas has had to fill in there for the bulk of this season tells you everything you need to know, and that’s even considering the level of his performance.

Bielsa has decent options to play the No.10 role in his midfield in Rodrigo and Tyler Roberts, but we know his preference would be to go with two more orthodox midfield players ahead of Kalvin Phillips.

He can play Dallas and Mateusz Klich, but the truth is that he needs a bit more creativity there, which is why De Paul feels such a good fit.

The Argentinian international is a hybrid fit for the role, offering a ridiculous amount of talent going forwards and also some positional nous.

Leeds fans would love to see him arrive. That feels unlikely, but any player of his ilk would be welcome through the doors at Elland Road with open arms.