Versatile defender Gaetano Berardi is in-line for a new contract at Leeds United as he looks to recover from his lengthy knee injury sustained at the end of last season.

The Whites sealed the Championship title last season with Liam Cooper and Ben White the main centre-backs for the majority of the season, but making frequent appearances was Swiss defender Gaetano Berardi as he covered injuries and suspensions throughout the season.

Berardi is currently the club’s longest-serving player, just ahead of Cooper after arriving earlier in the summer of the 2014/15 season as Massimo Cellino overhauled the squad with signings from the Italian leagues.

It’s been a struggle for Berardi to nail down a starting berth but his attitude and commitment to the club has been exemplary ever since he joined.

Leeds clinched the title without even kicking a ball last season as both West Brom and Brentford lost on the Friday and Saturday before Leeds’ game against Derby County in July, meaning Leeds were given a guard of honour away at Pride Park.

It was a clash in which Leeds never got out of walking-pace until Derby took the lead in the second half, to which we turned on the style and netted three times to win 3-1.

However, the mood was dampened by Berardi suffering a terrible knee injury that looked srt to rule him out for nine months, scuppered his dreams of playing for Leeds in the Premier League any time soon.

On top of that, his contract was due to expire in the summer and there were doubts over whether the club would keep him on despite not being ready to play for the foreseeable future.

Now, it looks like there’s some great news on the horizon for both the club and Berardi as the Athletic’s Phil Hay delivered this brief update on the defender’s future:

Even though Berardi might not be playing in the Premier League much this season, it seems only fair that a player so important to the dressing room during the run-in is rewarded for his efforts.

Gerardi is a fan-favourite and not giving him the chance to feature in the top flight after being at Leeds during all the turmoil would be a huge injustice.

His first-ever game saw him red-carded for a waist-high kick on an Accrington Stanley player and it’s safe to say he’s come an awful long way since then, becoming a leader in the dressing room that even Marcelo Bielsa looks to for motivation in his squad. 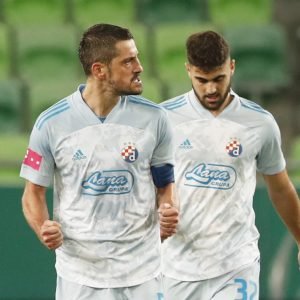