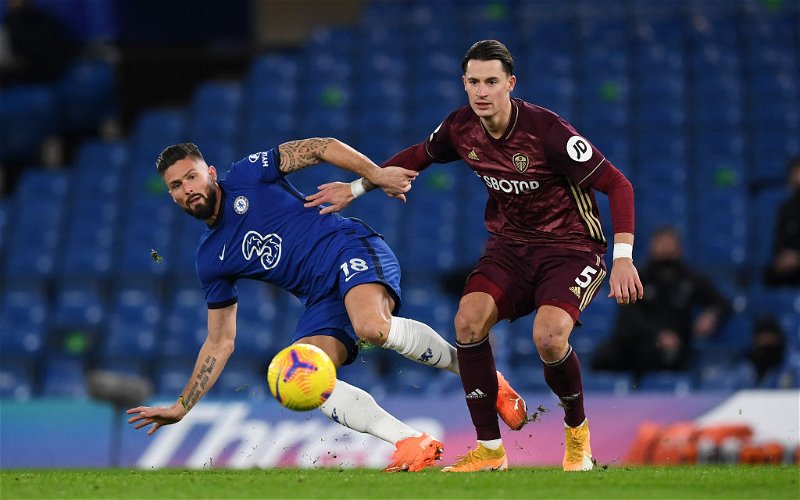 Robin Koch has shared an insight into his Leeds United recovery as his return date looms.

Leeds have been without Koch since their opening day defeat to Manchester United, when the Germany international played as Marcelo Bielsa’s holding midfielder.

The 25-year-old was forced to have surgery on a troublesome pelvic injury, but he’s now on the road to a return.

Over on Twitter, Koch shared an update: “One session closer to full recovery.”

Injuries have plagued Koch since he arrived at Leeds in the summer of 2020.

A serious knee injury last December resulted in months on the sidelines, whilst this current issue has denied him involvement in 12 of Leeds’ 13 Premier League fixtures.

Koch has played 18 times in the Premier League for Leeds.

It appears that Koch is getting there with regard to his recovery.

Patrick Bamford and Luke Ayling are back in the U23s now and on the cusp of the first-team, leaving Koch as the final absentee.

His problem has been long-term and Leeds are right to take time with him given they’ve got a depth of centre-backs.

The way things are going, Marcelo Bielsa is going to be able to call on Koch before Christmas.