Report: This is exactly where Liverpool stand on multi-million pound Leeds United raid 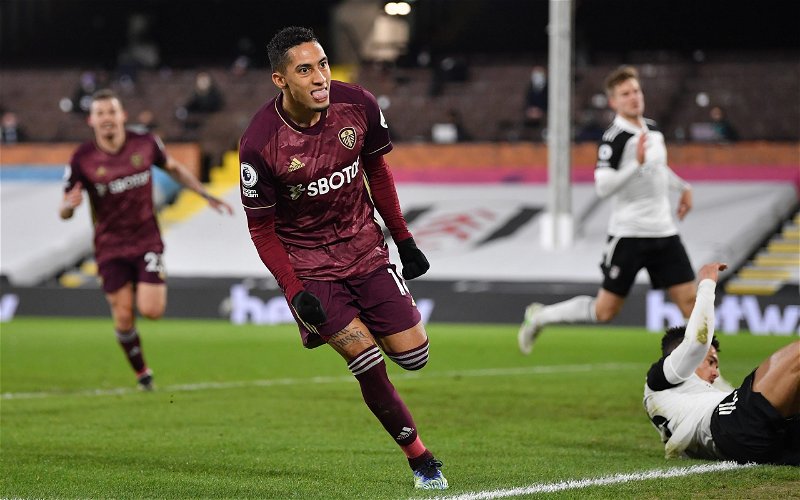 Liverpool have made no contact with Leeds United over the service of Raphinha this summer.

Leeds’ first season back in the Premier League under Marcelo Bielsa has caught the eye, with Raphinha starring at Elland Road.

The Brazilian is now the centre of a heap of transfer speculation, which includes links with a move to Anfield.

The Yorkshire Evening Post has moved to quash speculation linking Raphinha with a £32m move out of Leeds.

They claim in their article that there has been no contact with Liverpool, who have never declared an interest in luring the Brazilian out of West Yorkshire.

Raphinha, 24, signed a four-year deal with Leeds last summer on the back of a £17m move from Rennes late in the window.

He returned six goals and nine assists from the wing, shining under Bielsa as Leeds stormed to a ninth placed finish.

Naturally there are going to be people talking about Raphinha potentially moving on and, let’s face it, why wouldn’t Liverpool have an eye on him.

However, there’s a huge difference between having an eye on a player and declaring a real interest.

That seems to be the case here, with Liverpool not making their move to get hands on the 24-year-old just yet.

We might be bias, but Leeds is the best place for Raphinha at this moment in time. He’s adored by supporters, starts every game and is developing nicely under a coach that’s got a lot of faith in him.

That might not be the case if he were to move to Anfield this summer, so it’s worth keeping that in mind.

Things might change and this won’t be the last we’ve heard of this over the summer. For now, though, it’s good to get a crystal clear update.