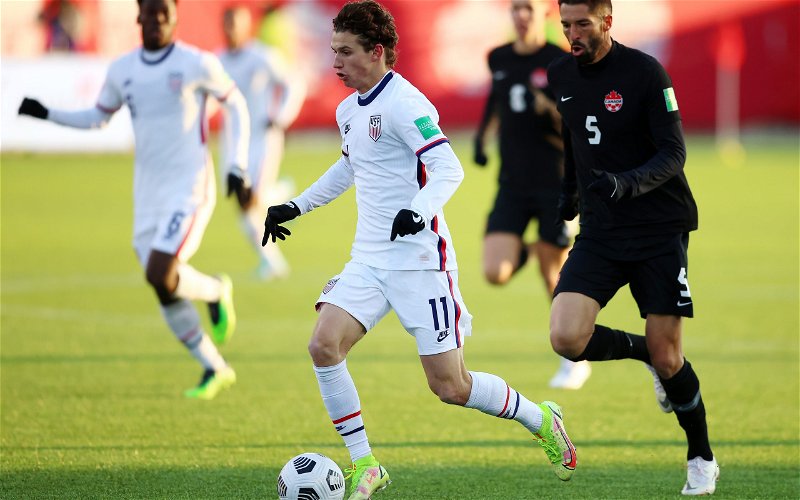 It’s been reported that Brenden Aaronson will cost Leeds United €28m (£23.6m) this summer as the club close in on the USMNT international’s signing.

Plans are already being put in place for the 2022/23 campaign, with Aaronson headlining transfer news, just as he did in January when Leeds put two bids RB Salzburg’s way for his signature.

As per The Athletic, Leeds will sign Aaronson from RB Salzburg this summer after securing their top-flight status.

It’s claimed within that report that Leeds will pay €28m for Aaronson’s service, which converts to around £23.6m.

Aaronson, 21, was on Leeds’ radar in the January transfer window, with the top bid put to Salzburg said to be £20m.

The midfielder has registered eight goal involvements in the Austrian top-flight this season, as well as starring as Salzburg reached the knockout phase of the Champions League.

Aaronson, who worked with Jesse Marsch earlier in his career, will become the American’s first signing at Elland Road.

Could Aaronson be the man to replace Raphinha? 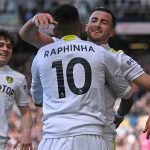 Had Leeds gone above £20m for Aaronson in the January transfer window, it would have left them paying well over the odds this summer.

Looking back on January, it wasn’t the money Leeds were offering, instead it was more a fact that Salzburg didn’t want to sell – whatever the price.

So the fact that Leeds are only paying £3m over what they wanted to in January is good news.

They haven’t been ripped off following what felt like a desperate winter window. That’s a mini-win.