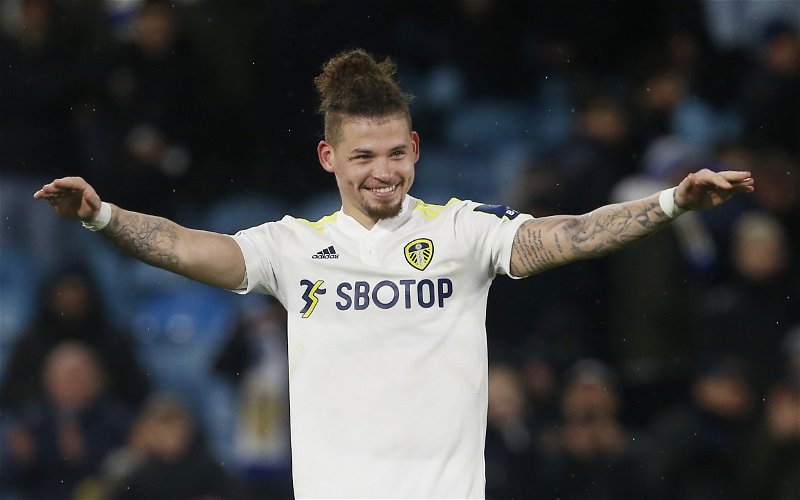 Manchester United hold a lingering transfer interest in Kalvin Phillips, with Leeds United determined to hold onto the midfielder this Deadline Day.

Leeds haven’t strengthening Marcelo Bielsa’s squad yet this January, despite the deadline looming in under 12 hours.

They have fielded interest in players, though, including England international Phillips, who is currently out of the side injured.

As per a report from the Express, Man United have a lingering interest in Phillips and could still make a move for the 26-year-old in a bid to strengthen Ralf Rangnick’s midfield.

However, reports elsewhere from Phil Hay and The Athletic say that Leeds will not entertain bids for Phillips after West Ham came knocking.

Leeds are looking to avoid relegation this season and are hovering dangerously close to trouble heading out of the January window.

Phillips is out of action with a hamstring injury and not scheduled to return for at least another month.

It appears that Leeds have set their stall out today with regard to outgoings.

Phillips won’t be leaving Leeds this winter, even if heavy hitters like Manchester United have a lingering interest.

Leeds have too much on the line to risk cashing in this January, with the club also reportedly working on securing their asset with a new contract.

Man United might well be back in with offers further down the line, but in the immediate future, Leeds fans can relax a touch when it comes to losing the likes of Phillips and Raphinha.