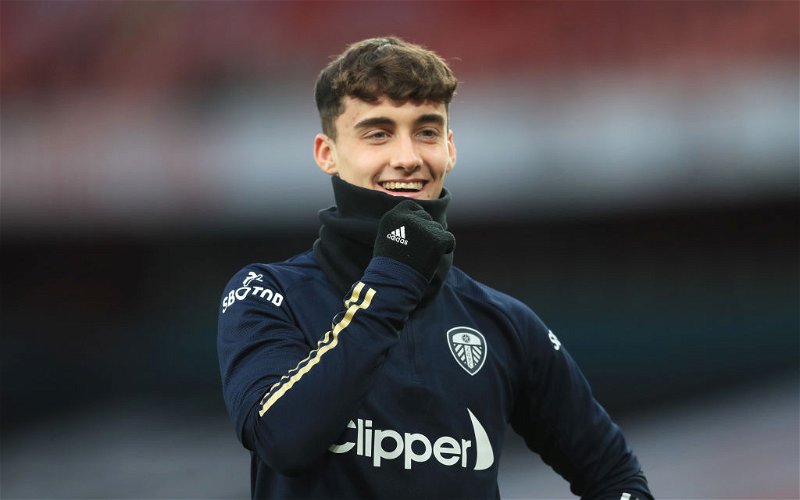 Leeds United youngster Niall Huggins is reportedly free to leave the club this summer despite recently penning a new deal.

Leeds’ youth setup is full to the brim with talent after last summer’s investment, and it’s propelled them into the country’s top youth division.

While the players remaining at Thorp Arch are excelling, it has left others that are perhaps on the fringes and could do with exploring their options.

It saw a number of them shipped out on loan last summer and the same is on the cards again for 2021/22.

Wales youth international Niall Huggins looked like potentially being the next to break into Marcelo Bielsa’s first-team as he made his senior debut away at Arsenal this season.

Despite that being his only appearance to date, he signed a new contract back in December 2020, keeping him at the club until the summer of 2023.

Football Insider are now claiming that Leeds are willing to let the full-back leave the club this summer with his first-team opportunities looking extremely slim.

His performances for the under-23s have been more than impressive and he presents a very talented prospect, but his pathway to the senior side finds him behind Luke Ayling, Cody Drameh and others at left-back too.

It’s a shame we’ve got another youngster here who can’t break into the first-team because the glimpses we’ve seen are good.

He was a solid player in the game against Arsenal, in spite of coming on in tricky circumstances, and that says a lot.

He’s another though that won’t have trouble finding a new club if he does end up leaving this summer.

I’d hope that we are implementing sell-on clauses for these players that are leaving because they’re not short of ability at all.