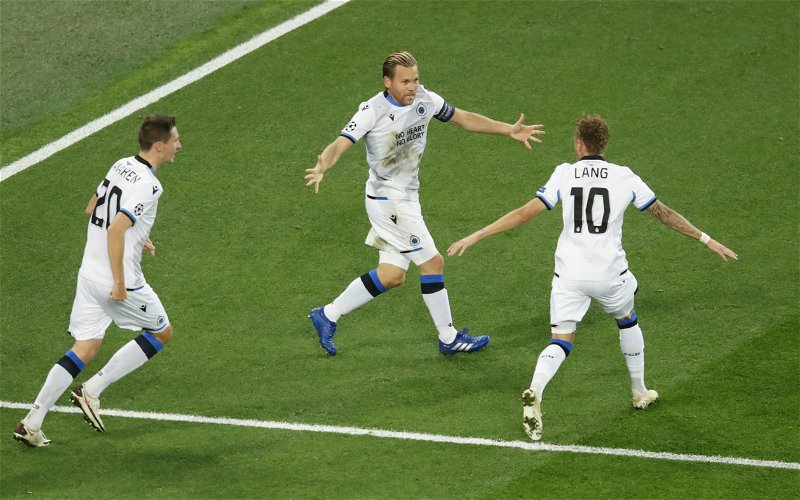 Leeds United are indeed pursuing a move for Club Brugge winger Noa Lang, according to the Yorkshire Evening Post.

Marcelo Bielsa has masterminded a brilliant ninth-place finish at Elland Road this season but his work isn’t done yet.

Leeds will be heading into their second season back in the top flight with caution as they look to consolidate once more, but also ambition as they know that ninth in the table can be improved on.

To do that, signings needs to be made to ensure there is more quality throughout and therefore consistency, including wide areas.

Club Brugge winger Noa Lang has been one of the names at the forefront of the speculation in recent weeks.

The Telegraph originally reported that Leeds have been keeping tabs on the Dutchman after a stunning 17-goal campaign on loan at Brugge.

His performances have earned him a permanent move to the Belgian outfit but it looks as though his new club are eyeing up a profit already.

The latest from the Yorkshire Evening Post is that Leeds are in fact interested and Lang appears high on the priority list when it comes to transfers for the wide positions.

Lang is a player I’d love to see at Leeds based on what he can bring to the table, I just hope that there’s some acknowledgement from his behalf regarding the controversy of his title celebrations.

That being said, he’s a player that would add a different approach to how we build attacks and the way he drifts infield from the wing to support the striker is something I can get on board with.

He scores goals in a different manner to how our two current starting wingers do and I think having a new dimension would work wonders.

It won’t be a cheap deal but I would like to see us pursue this one, because he’s a special talent.