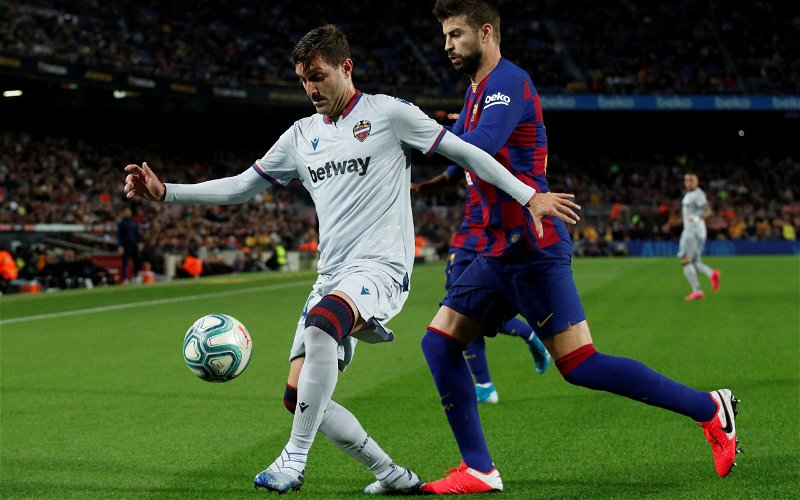 Spanish midfielder Jose Campana appears to be on the Leeds United radar, with reports suggesting the Whites have had a £15m bid rejected for him.

Leeds are licking their wounds on the back of Michael Cuisance’s transfer collapsing, with a midfielder remaining a priority this weekend.

According to a report from AS, Leeds have made a bid of £15m to sign Campana. That’s been rejected, with Levante holding out for £25m.

The report does claim that the deal isn’t dead completely and it does have a chance. It just appears that both parties are way apart on their valuations.

Campana, 27, has made three La Liga appearances already this season and has registered an assist. That’s a solid start as he looks to build on the impressive form he showed in central midfield last season.

In 37 league appearances, Campana scored twice and registered seven assists for Levante. He record at the club stands at 160 appearances, 11 goals and 26 assists.

This is a little bit of a below the belt bid from Leeds.

Campana is a really good player. His numbers speak for themselves and Levante are right to be driving the price up to the £25m mark.

I’ve been banging on about the need for a central midfielder to be signed and after the Cuisance deal collapsed, we need to move quickly.

Campana would be a great options and he’d suit our style of play.

Whether we increase our offer remains to be seen, but if the money is there, I’d like to see us get this done.