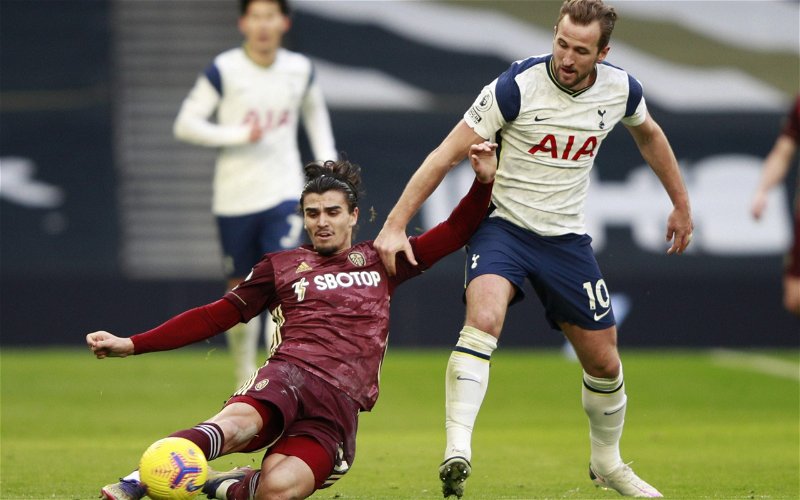 Reports in Belgium are claiming that Leeds United defender Pascal Struijk is in the process of applying for a Belgian passport, a requirement to play for the national side.

The towering defender has had an unexpectedly important role to play in the Leeds United side this season.

Thanks to injuries to key defenders, he has partnered both Liam Cooper and Luke Ayling on numerous occasions and impressed in the process.

His performances are attracting more and more interest from the international scene ahead of the European Championships this summer.

It was reported on Tuesday in Dutch outlet De Telegraaf that Belgium manager Roberto Martinez had contacted Struijk in an attempt to convince him to choose his side over Holland to play for internationally.

Having been born in Belgium, he is obviously eligible to play for them as well as Holland, where his parents raised him.

However, following Martinez’s phone call, reports from Belgian outlet Nieuwsblad.be are claiming that the 21-year-old is in the process of applying for a Belgian passport.

This is a requirement to play for the Red Devils, and could be a huge step in him deciding his international future ahead of the Euros this summer.

I think Struijk might struggle to break into the Holland starting lineup at the minute considering Virgil Van Dijk is still around and his former teammate Matthijs De Ligt is only going to get better.

Belgium’s defence is getting old now and there is a chance for some new blood to come in and make that spot their own.

Considering that Struijk was born there, it stands to reason that he might opt for them.

The most important thing about these developments is that it’s showing how much more recognition he’s getting for his consistent performances at the back for Leeds.