Leeds United forward Willy Gnonto is reportedly set to be handed a start tonight for Italy as they face Hungary in the Nations League.

An international break has provided Leeds fans with another week without club football, but there are plenty of players that are featuring for their nations.

Willy Gnonto’s presence in the Italy squad at the age of 18 is an incredible feat on its own, but his performances under Roberto Mancini are justifying his inclusion.

Having made a cameo off the bench in their win over England on Friday night, Gnonto and Italy will be hoping to end their World Cup preparations on a high with a win against Hungary this evening.

Gnonto starting would be his third since making his debut in June’s Nations League fixtures and the YEP’s Joe Donnohue has revealed that he would only be the third post-war Italian to make three starts before the age of 19.

A second piece of history could be in store for Gnonto if he gets on the scoresheet for the second time for his country, as they are currently two goals away from reaching 1500 goals in history. 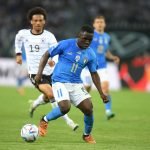 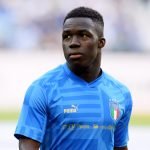 As much as Italian eyes might be on Raspadori to continue in his fine form, Gnonto is going to be important too.

The fact that we’ve signed a teenager and the first action we have seen from him in a senior environment is an international fixture against England tells you all you need to know.

It’s still very early in Gnonto’s career but signs were very good from his performance against England, and he will be aiming to find the net tonight, should he start as expected.