Leeds United are reportedly ready to dip into the youth market once again with Sheffield United the latest club to see talent leave this summer.

The Whites did extremely well to strengthen the first-team in the summer after promotion as well as to address the under-23s jump up to the Premier League 2.

It saw a number of youth internationals join from strong academies and put Leeds in with a huge shout of hitting the ground running in the PL2 Division 2 this season.

With Leeds’ top flight status confirmed for a second season, reports are linking the club for another investment in the youth department.

The Daily Mail are reporting that Leeds are interested in Sheffield United’s 18-year-old defender Kyron Gordon.

Gordon has been a key part of the Blades under-23s side this season and has been knocking on the door of the first-team, featuring on the bench during their 1-0 away defeat to Manchester City in January.

The report details that his progress has been noted both by former manager Chris Wilder and current caretaker Paul Heckingbottom, as he continues to impress.

Along with Leeds’ interest, otheer potential suitors include Leeds’ next two opponents Liverpool and Manchester United, as well as Everton.

Gordon has another year left on his contract after this year and clubs that are keen on him will surely be aware that the club’s position in the top flight puts them in a weaker position to keep hold of him.

Victor Orta’s scuting of young players since joining Leeds has been largely successful and no one can really have any complaints.

The signings we made last summer were outstanding, and the main reason the under-23s look to have cantered to promotion.

Gordon is another player who comes through from a strong academy setup and would be a valuable addition, even if first-team football is probably easier to come by at Bramall Lane than it is here.

What says the most about his talent is that three of the best youth setups in the country want him, and we’re in the mix for him too, arguably with the best pathway to the first-team out of them all. 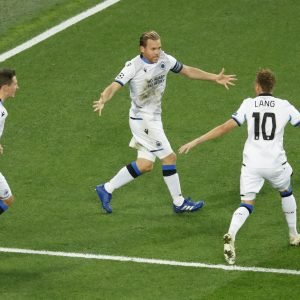