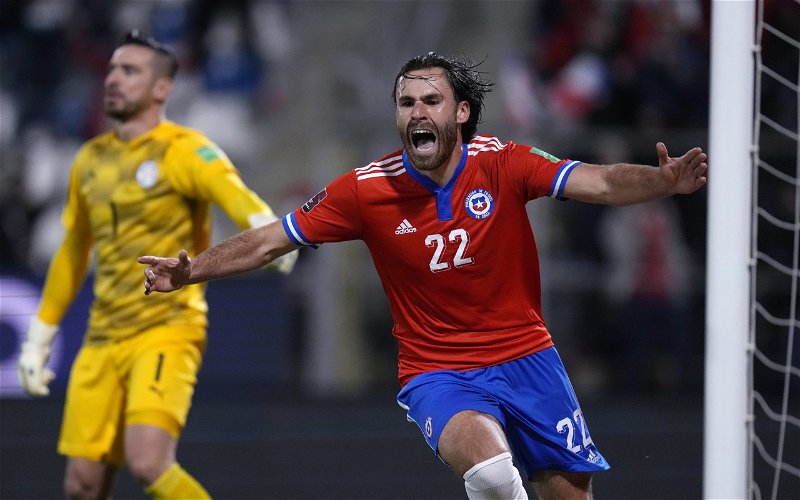 The January transfer might be one where Leeds have a couple of plates spinning in case of any required business to strengthen the side.

While midfield is looking particularly light, Patrick Bamford’s injury has highlighted how Leeds could also do with another goal scoring attacker.

The club have always kept one eye on developments in the Championship since promotion, with links to various top performers emerging.

Aleksandar Mitrovic is running away in the golden boot race, but in second place is Blackburn Rovers ace Ben Brereton Diaz who currently sits on 14 goals and one assist.

Football League World are reporting that while Leeds are not currently preparing an offer, the club are in admiration of the Chile international’s form lately.

Leeds are joining in their liking of the Blackburn hitman, with Brighton, Burnley, Newcastle, and Southampton all keeping tabs on him.

Not only has his club form been catching the eye, but his emergence as a new star for Chile during World Cup qualifiers too as he netted two in four appearances.

It’s good to have players that we’re watching closely, even if he’s not someone we need to sign right now.

I can’t see us bringing in Brereton in January, but the club are clearly ready to pounce for a signing or two in January if the right values are there.

He would certainly add a lot to our squad depth, given how he can play in more than one attacking position.

His future is definitely one to keep an eye on as we head towards January.