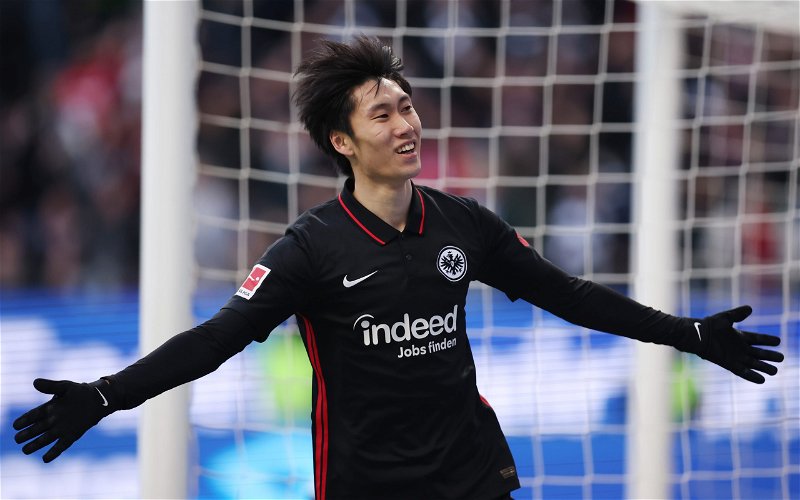 Leeds United and Tottenham Hotspur have both been linked to Daichi Kamada of Eintracht Frankfurt during the summer with the attacking-midfielder into the final year of his contract.

Kamada, 26, has proven pedigree in Europe with 29 appearances in the Europa League over the last few seasons where he has scored 11 and assisted five.

Leeds were first linked with the Japanese international as an alternative to Brenden Aaronson, per a report from Football Insider, but with contract talks stalling, perhaps the door is now open for Leeds to add Kamada to their attacking arsenal.

They added: “Where Kamada will leave to from the summer of 2023 when his contract expires is anyone’s guess.”

A host of Europe’s elite will be in for a player with a growing reputation. The next club of the international midfielder will surely be away from the German side.

Kamada has been in magnificent form this season with six goals and three assists from his 10 appearances so far. Kicker added that the offers he is going to be receiving are becoming much more enticing due to his form, they said: “Purely economically, Kamada will have significantly more lucrative options with his performance trend.”

Would Kamada be a good signing for Leeds? 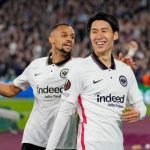 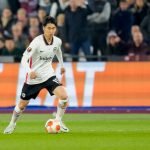 Kamada is a fantastic player. However, he is more of the same in terms of options behind the striker(s).

Leeds failed to recruit in the striker position with a meaningful option who could take Patrick Bamford’s place in the side if he is injured. Whereas, the signings of Luis Sinisterra, Brenden Aaronson and Wilfried Gnonto particularly helped to bulk up in the secondary striker, attacking-midfielder, and winger roles.

These sorts of positions are where Kamada has covered for Frankfurt, and although his signature would be a smart one given he is available to speak to Leeds in January with a view to a free transfer – it is not a priority for The Whites.

It is also unlikely Leeds will be at the head of the queue with other potentially bigger fish who have European football to offer to the Japanese international also sniffing around.

Leeds United’s priority this January should be a true Bamford alternative. The England international has struggled with injury in each of the last two seasons and Leeds should sign someone of a similar profile to lead the line in case of further injuries.