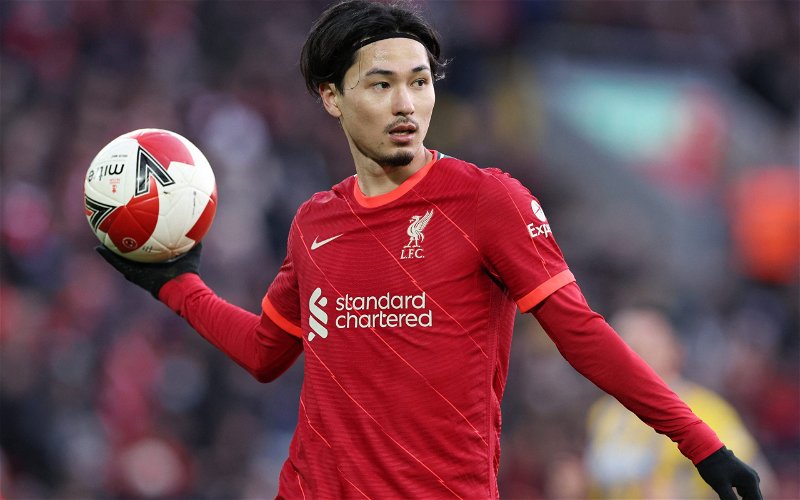 It seems that missing out on Liverpool’s Takumi Minamino and Chelsea’s Kenedy during the January window may not be the biggest concern for Leeds United.

That’s after a report from The Athletic revealed that the duo had been targeted as possible replacements for an outgoing, that eventually did not happen.

Leeds were credited with an interest in both Minamino and Kenedy at times during the January window, which ended without the Whites making a first-team signing.

But while they may have missed out on these two, that may not be a major setback, because they were able to keep the player the pair were apparently earmarked to replace.

According to this latest update, both Minamino and Kenedy were viewed as potential replacements for Crysencio Summerville.

The likes of Blackburn and Hamburg reportedly made offers to sign the winger on loan during the market, with it suggested that Leeds would only let Summerville leave, if they could find a replacement.

It seems that could have come in the form of Minamino or Kenedy, but with Summerville not getting his loan move, a deal for the other pair was seemingly not required.

This probably does go some way to explaining the speculation linking this duo with Leeds.

Those claims of interest in Minamino and Kenedy did come some what out of the blue, with neither really the obvious central midfield option that looked to be a prioirity.

However, both would have been useful outlets for Leeds on the wing, had they needed to bring someone in to replace Summerville.

Indeed, when you consider the fact that both are more established senior players than Summerville, and that Leeds are in a precarious position, you wonder whether the club should have to make these deals happen.