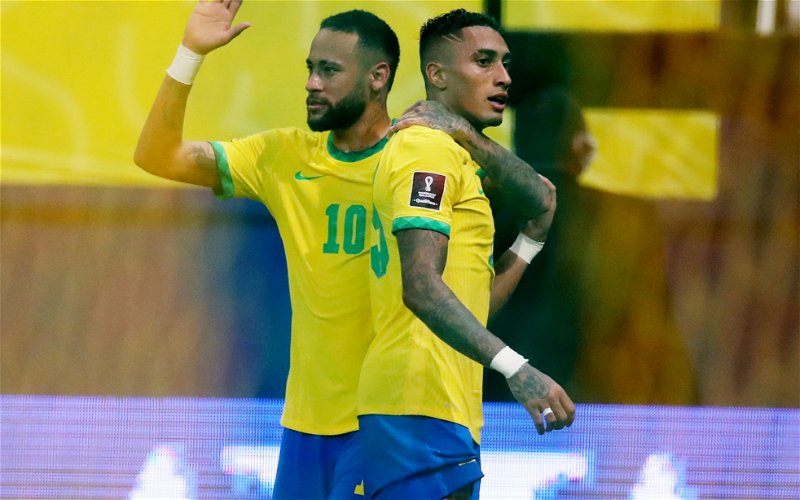 Leeds United winger Raphinha has been named in the Brazil squad for their upcoming internationals at the end of this month.

Leeds’ form hasn’t been exceptional this season with but some individuals, including Raphinha, have impressed.

It was enough for him to earn his first call-up to the national team, where his first three-game period with Brazil saw him score two and assist two, firing on all cylinders with Neymar and co.

With an additional international break this season, it sees Raphinha again called up to face Ecuador and Paraguay, and he has reacted on Instagram:

It’s another chance for the Brazilian to show just how good he is.

He’s not had the best of periods at the moment, only managing to score from the penalty spot lately, but even in a sticky patch he can create.

I’m sure there’ll be a bunch of fans eagerly tuning in purely to watch a Leeds United player in the Brazil lineup.

The only frustrating thing with Raphinha travelling to play for Brazil is that he’s generating more transfer interest every time he kicks a ball.