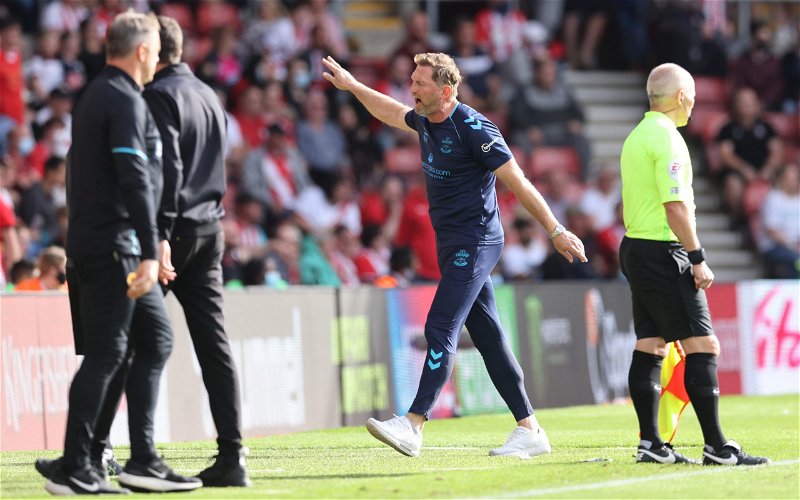 Southampton manager Ralph Hasenhuttl believes that the game against Leeds United won’t be a pretty one on Saturday.

Leeds’ start to the 2021/22 season has not been glorious by any stretch, let alone on the basis of the immense standards set last term.

At the seventh time of asking, Leeds got their first win of the season against Watford, while Saturday’s opponents Southampton are still searching for that elusive victory.

Performances have picked up for Leeds under Marcelo Bielsa, taking the lead in the last three games, but still only picking up four points as finishing comes under scrutiny.

Meanwhile, the Saints could be in for a dogfight this season if they don’t pick up form- they currently sit on four points thanks to four draws, while they still search for their first win of the season along with three others in the league.

Last term, this meeting brought five goals for Leeds across two games and some scintillating attacking play along the way.

However, Saints chief Hasenhuttl isn’t convinced it’s going to go like that for either side this weekend.

Speaking ahead of the game at the St Mary’s, the Austrian had this to say (via the Daily Echo):

“It will be maybe one of the most intense games all season.

“The passes that the opposition manage to complete against them is the lowest in the whole league.

“When we speak about pressing in our game, they are even more aggressive and they do it all ninety mins.

“This game will not always be nice to watch, because of the pressure we will both put on each other – so don’t expect a five-star dinner, you won’t see that.

“It will be about winning duels, winning second balls, using the space, there will be a lot of bad passes – and I’m sure this is how they play.”

What we can gather from this game is that Hasehuttl is going to try to stop us from playing the way we want to play.

This was the plan both other times we’ve faced him in the league they ran out of steam after about half an hour both times, letting us get on top and start to find gaps.

I’m not sure Hasenhuttl has meant to do this, but his comments do suggest that he isn’t really confident of his own team’s credentials too.

You’d think that a manager looking for his first win would be banging the drum and confident his team can produce a strong reaction from recent form.

However, it’s more a case of ‘how do we stop Marcelo Bielsa’ rather than how the Saints can do any damage.