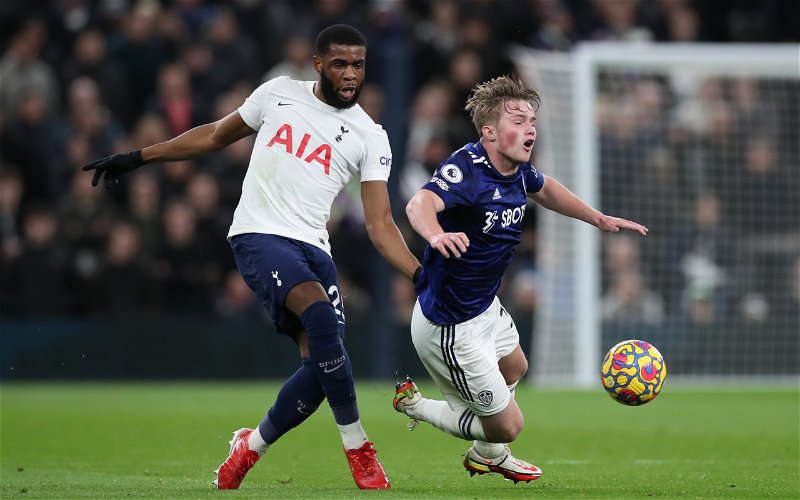 Leeds United could save themselves around £30million with the players coming through their youth ranks to the first-team.

That’s according to the club’s former striker Noel Whelan, who believes those in the academy will reduce the need for the club to go out and bring in big money signings.

With a number of Leeds’ more senior players absent through illness or injury, there was a young feel to the Whites squad that lost to 2-1 to Tottenham on Sunday.

Striker Joe Gelhardt started his first Premier League game for the club at the age of 19, while the bench named by Marcelo Bielsa for that game had an average age of just 20.9 years.

Indeed, another 19-year-old, Stuart McKinstry, also came off the bench to make his Premier League bow in that clash at North London.

Now it seems as though Whelan believes that the fact Leeds have players of that age coming through, could save them a lot of money in the future.

“A pathway has always been in place at Leeds United, all the way through to when I was at the club with Howard Wilkinson.

“It just shows the importance of having the right people in that academy setup. The development coaches and scouts are incredibly vital – and they can save the club millions if they get it right.

“You can produce some really top-class talent without going out and spending £20-30m per player, especially in the Premier League.

“It’s looking really promising at Thorp Arch at the moment – there seems to be a number of top talents coming through.”

Whelan does seem to have something of a point with what he is saying.

There are plenty of promising players coming through the ranks at Leeds right now, who have the potential to play in the Premier League for the club regularly in the future.

If they achieve that, then it would reduce the need for the club to go out and spend big money on signings from elsewhere once those players have established themselves in the first-team.

For now though, you feel Leeds may need a bit more experience to help get them out of a tricky situation in the league table, meaning they may still need to spend some money when the transfer window reopens in January.