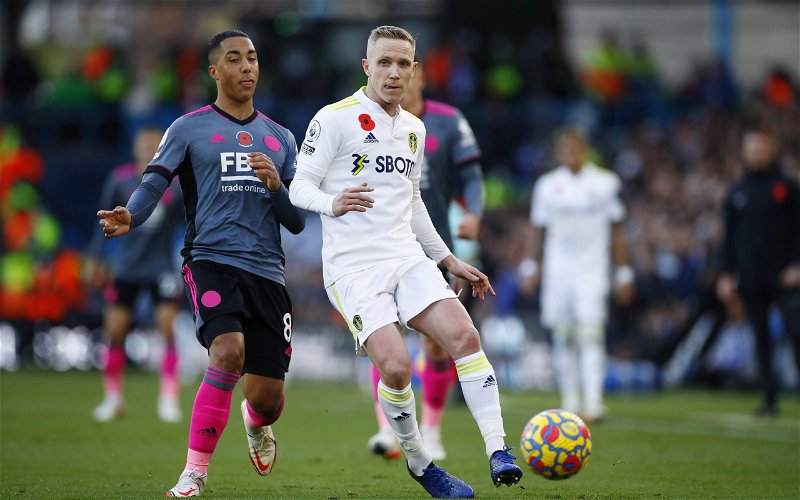 Adam Forshaw could start to force Mateusz Klich out of the starting lineup for Leeds United on a regular basis.

That’s according to the Whites’ former striker Noel Whelan, who believes Forshaw can form a stronger partnership with Kalvin Phillips in midfield, than the Polish international.

After almost two years out of the side due to a recurring hip problem, Forshaw has started to force his way back into the Leeds team this season.

The final game before the international break saw him play 90 minutes of the 1-1 draw with Leicester, before receiving a warm reception when substituted in stoppage time.

With Forshaw impressing on his return to the side, the 30-year-old is making a strong case for an extended run in the first XI.

That would of course mean another player would have to drop out of the side, and it seems Whelan believes Klich could be the fall guy if that proves to be the case.

Speaking to Football Insider about Forshaw’s recent return to the side, Whelan said: “It was really encouraging to see Forshaw back in that starting line-up.

“Not least because we didn’t know if we were going to see him in a Leeds shirt again. He’s had two horrible years out through injury, and that is tough to come back from for any professional.

“He and Phillips seemed to have a really good understanding in the midfield. He gave us just a bit more presence in there, a bit more aggression. That partnership worked better than having Klich in there, it was great to see Forshaw back.

“He has that experience and composure that we need in that midfield area. Klich could be the one to miss out now.”

You do feel Whelan may have a point with what he is saying here.

Forshaw has certainly been solid since he returned to the side, and you feel he will only become more reliable the more he plays, which could set him up for a run in the side.

Should that happen, then someone else will of course have to make way, and given the quality and influence he has on this side, it certainly won’t be Kalvin Phillips.

As a result, Klich is the other midfielder whose place could come into question here, and given he has struggled at times in the Premier League, this is a switch that could be worth considering for Bielsa.