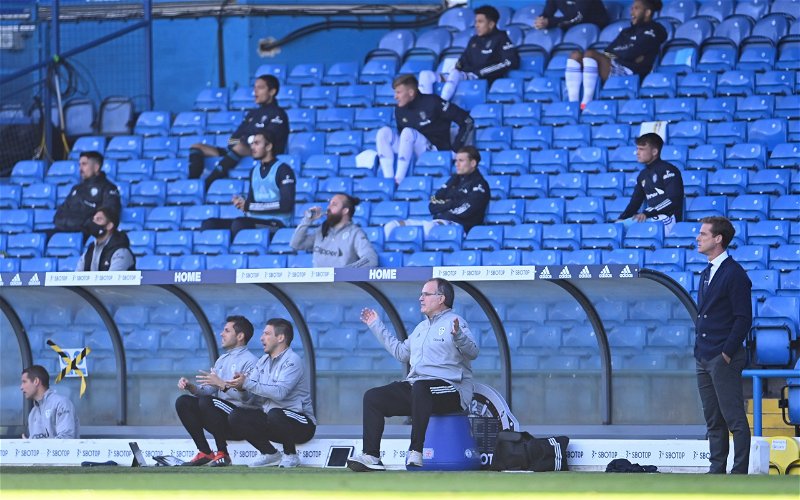 Rangers legend Ally McCoist has heaped praise on Marcelo Bielsa’s Leeds United after their thrilling 4-3 win over Fulham on Saturday, claiming they could  get even better in the future.

The Whites welcomed Scott Parker’s Fulham side to Elland Road on Saturday for the ground’s first taste of Premier League football in 16 years, with hopes of clinching their first win of the season.

A 4-3 defeat on the opening day to holders Liverpool was tough one to take after controlling a decent amount of the game, but they came into the Fulham clash brimming with confidence, knowing that if they can harm Liverpool, they can harm anyone in this league.

Goals from Helder Costa, Mateusz Klich and Patrick Bamford clinched what ended up being a nervy 4-3 win after it looked like Leeds could have hit five and six from being 4-1 up.

It was yet another gripping Leeds United match under Marcelo Bielsa and Premier League viewers were being spoilt for entertainment in the opening stages by this Leeds team.

It’s a different type of performance from what us Leeds fans are used to, given our immense defensive record and struggles for multiple goals in games in previous seasons.

A question mark that (frustratingly) keeps coming up is how Bielsa’s side will keep up this positive momentum, despite doing this for two years on the bounce and never wavering.

Speaking on TalkSPORT, former Rangers man Ally McCoist commented on Leeds’ exciting return to the Premier League, focusing on how Marcelo Bielsa has coached this side into this style of play. He stated: “You look at the Leeds team and they’ve clearly got goals with Costa and Harrison.

“They just look, in my opinion, a different prospect to the other promoted sides, it’s very early in the season but Leeds look to me as if they will create chances and Bamford will score goals.

“I think with the way they play- okay, you can argue they leave themselves open at the back and they will lose goals, but as a centre-forward (selfishly), you’d far rather play in a team that creates opportunities, and Leeds do that.

McCoist also paid attention to how he thinks Leeds will look to maintain this and what could spur them on: “From Leeds’ point of view, I think it will be difficult to maintain it but I think they probably can.

“Particularly, and hopefully in the near future, I think they’ll do even more when they get supporters back in their own stadium, because that will certainly drive them on to another level as well.”

We all know about how intense Bielsa looks to play each week and the fact that knowledgeable pundits continue to find it baffling how we could keep this up is so naive.

McCoist hits the nail on the head at backing us to continue this as the season goes on and fans would play a huge part in making that a reality, given the raucous atmosphere we can expect at Elland Road.

The way we play very much plays into the hands of a hostile atmosphere both ways, as an Anfield crowd would have been silenced swiftly by a packed-out Leeds away end and Jack Harrison stunner, while pressure on the Fulham players could have made that a more comfortable result.

Obviously it will be difficult to maintain, but given that Leeds have done this for two seasons in a more physically demanding division with more games to play, it shouldn’t be an issue this season.