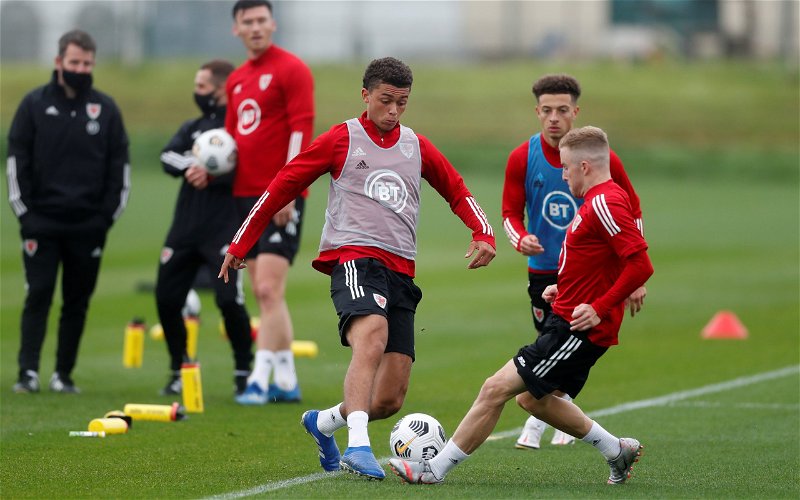 Leeds United target Brennan Johnson is subject to strong interest from Brentford, who are looking to offer £6million to sign him.

Leeds’ scouting of the EFL has helped greatly in improving the quality of the academy in the past few years.

Players have come in from other clubs as Leeds now boast a much stronger setup and are finally on the other end of the signings of young talent, rather than seeing the club’s best players auctioned off.

This summer has allowed the club to continue building long-term Premier League foundations with youngsters breaking through.

The Athletic have claimed that Leeds are one of a cluster of clubs interested in signing Nottingham Forest starlet Brennan Johnson.

The versatile attacker comes into this season off the back of a stunning campaign with Lincoln City as they narrowly missed out on promotion from League One.

While Leeds’ interest is genuine, it now looks as though they could miss out with Premier League new boys Brentford stepping up their pursuit.

The latest comes from The Sun’s Alan Nixon who has reported that the Bees are offering £6million to Forest to bring him to West London.

I can see Johnson being a good fit at Brentford if he was to join there and it would be a player I think we’ve missed a trick on not signing.

His goal involvements last season in League One speak for themselves and would be another level of recruitment compared to our youth investment in previous seasons.

A versatile winger would be a great addition to our under-23s and first-team fringes but Brentford will be looking to blood him into the squad straight away.

There are plenty of wingers in our side that look like breaking into the senior setup soon so it’s not the end of the world.