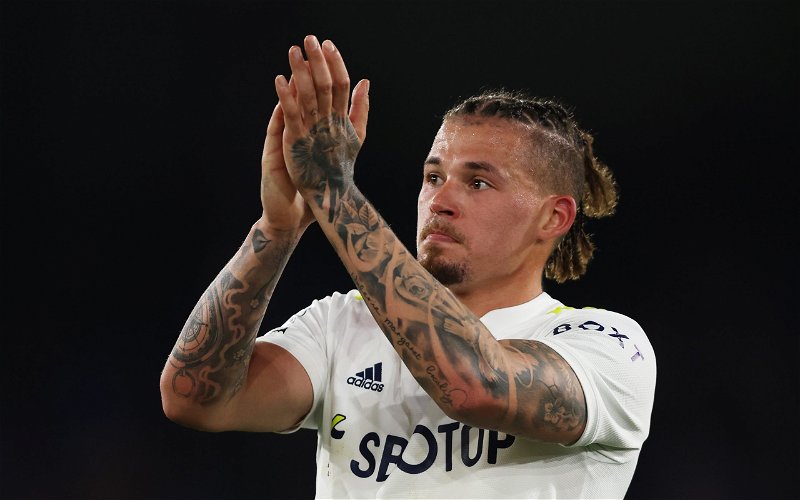 It seems Manchester City are not alone in their pursuit of Leeds United midfielder Kalvin Phillips this summer.

That’s after a report from Football Insider claimed that Aston Villa and West Ham have also made bids for the England international.

City are seemingly keen to sign Phillips this summer as a replacement for Fernandinho, with the Brazilian departing The Etihad.

It has been reported that the Premier League champions are keen to complete a deal before their pre-season tour of the USA next month.

Now however, it seems that Pep Guardiola’s side are not the only Premier League club looking to add the 26-year-old to their squad for the coming campaign.

According to this latest update, both Villa and West Ham have now made bids of their own for Phillips, as they look to win the race for his services.

However, the report goes on to state that Phillips prefers a move to Manchester City, meaning these two sides look set to be left disappointed in their pursuit of the midfielder.

It is no surprise that Villa and West Ham have made these offers for Phillips.

The midfielder is a proven Premier League and international player who could add plenty to their squads, not least some important depth in the centre of the park.

However, given the chances it would give him to win trophies, you can understand why Phillips would prefer a move to City over one of these two.

With that in mind, it looks as though that will be the side Leeds must negotiate with over the coming weeks, if they are to come to a decision on Phillips’ future on way or another.

Is Phillips right to favour a move to City over Villa or West Ham?