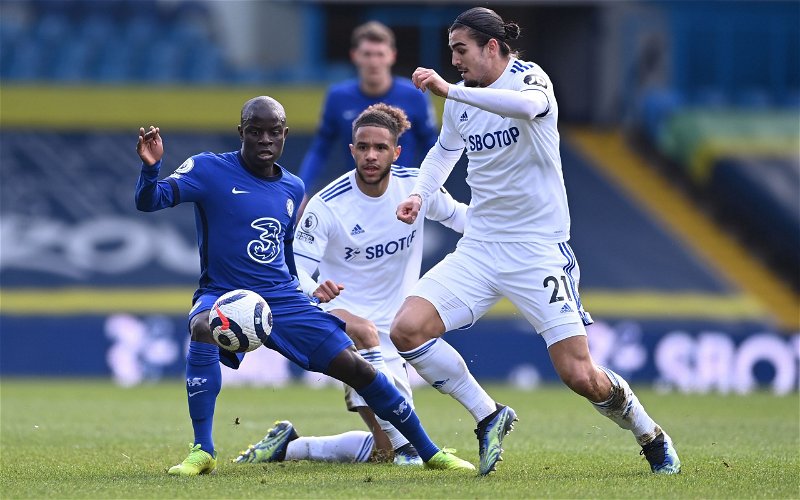 Leeds United may have unearthed a hidden gem in Pascal Struijk and his latest performance was more proof of that.

Coming up against Chelsea, Leeds faced a side yet to taste defeat under new manager Thomas Tuchel, despite facing Atletico Madrid, Manchester United and Liverpool in the last month.

Recent performances under Marcelo Bielsa haven’t exactly been outstanding but the Whites remain in a comfortable mid-table position.

Another clean sheet on the board was overwhelmingly positive from a game against a side looking like a strong shout for the top four this season.

Coming back into the side for the game was Pascal Struijk, who shook off a knock to replace Liam Cooper at centre-back.

He picked up where he left off and was dominant at the back, limiting the Chelsea attack to half-chances and very little in the penalty area.

It’s not the first time he’s impressed this season and he continues to be a valuable asset to Bielsa as absences persist in his first-team, but he’s also showing his value to the club long-term.

He’s come an awful long way since his horror cameo against Cardiff City, and it’s not a surprise given how he’s plugged away in the under-23s…

He’s getting to the point with these performances where he’s staking a claim to make it his position indefinitely.

Cooper has been very solid this season and worthy of his place in the starting lineup, but having Struijk in there looks like one of our best options right now.

At just 21-years-old, he looks like he could go to the very top of the game, and might be a long-term successor to the club captain, Cooper.

Where injuries have been a massive concern this season, Struijk’s regular presence at the back has been huge for us.