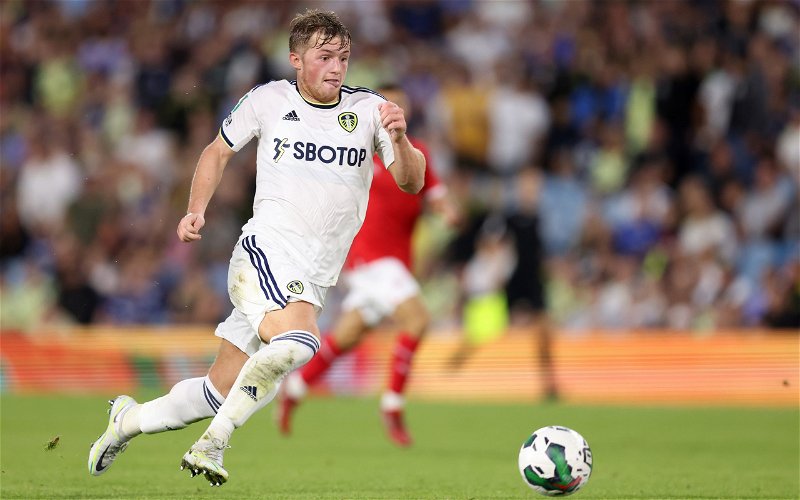 Blackburn Rovers are seen as the “ideal destination” for a loan move for Leeds United striker Joe Gelhardt this summer.

That’s according to journalist Alan Nixon, who does however say that the 20-year-old is keen on a return to his former club, Wigan Athletic.

With Gelhardt having struggled for game time already this season, the arrival of club record signing Georginio Rutter means he now looks set to be loaned out by Leeds this month.

That has seen Gelhardt linked with a number of destinations, with the likes of Blackburn, Swansea, Hull, Stoke and Wigan all credited with an interest in his services.

It was recently reported that the 20-year-old had decided to return to Wigan for the remainder of the season, though it now appears there are still issues to be decided.

According to this latest update, although the player himself is drawn to his former club, “bigger” sides are now said to be in pursuit of his signature.

It is thought that Leeds are keen for whoever signs Gelhardt to pay a significant portion of his wages, as well as potential add-ons in the future.

As a result, Blackburn are apparently viewed as the best destination for the 20-year-old, although they are said to be looking at Brighton’s Deniz Undav as an alternative.

Indeed, reports from elsewhere have suggested that the Ewood Park club are hopeful of signing the German early next week, which could impact their interest in Gelhardt.

You can understand why Blackburn might be considered a good destination for Gelhardt.

The Ewood Park club are currently in a promotion battle in the Championship, which could generate those bonuses discussed if they prove successful.

Meanwhile, they do need some attacking reinforcement to boost their prospects for the second half of the season, so there would likely also be plenty of game time on offer for Gelhardt in Lancashire.

It is also worth noting that Blackburn do have a good track record when it comes to developing loanees in recent years, so it does seem as though this is a move that could make sense for those involved.