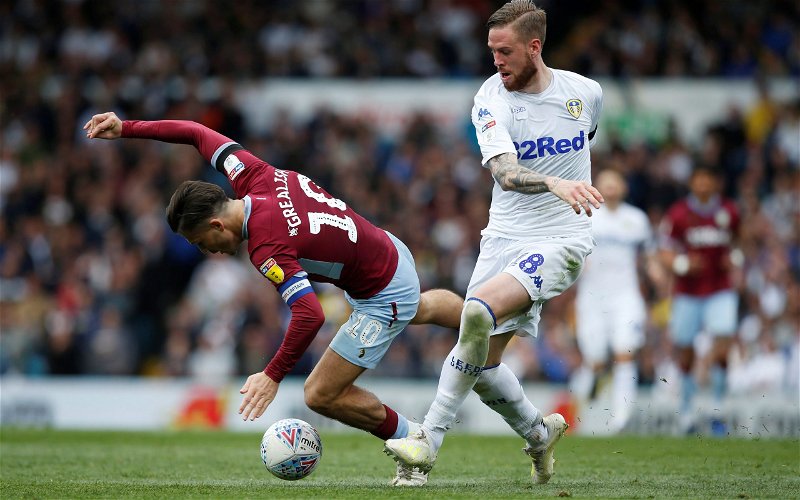 Leeds United have a huge following within the city, and are a much bigger club than Brentford.

That’s according to former Leeds and current Brentford defender Pontus Jansson, who is preparing to face his old club at Elland Road on Sunday.

Having joined Leeds from Torino back in 2016, Jansson spent the next three years of his career with the club, making 120 appearances in all competitions for the Whites.

Jansson then left the club in the summer of 2019 to join Brentford, helping captain them to a first ever promotion to the Premier League last season.

Following that promotion, the Bees are now set to face Jansson’s old club, when they make the trip to Elland Road on Sunday afternoon.

Despite having moved on from Leeds two-and-a-half years ago, it seems Jansson has not forgotten about the size of the club, and the level of support it enjoys.

Speaking about what life is like with Brentford in comparison to his other clubs, the 30-year-old told Stadium Astro: “It’s a smaller club than the other clubs I have played for.

“Malmo is a massive club, and then I went to Italy to Torino, which is also a big, big club, and Leeds, crazy big club. You couldn’t almost walk into the city because everyone is a Leeds fan.

“And then you move here to a smaller club. I feel the difference now that we are in the Premier League, the interest in this club is much bigger than what it was in the Championship.”

There do feel like some interesting comments for Jansson to make.

From a Leeds perspective, you feel the recognition that they are being given by their former player here, is something they will appreciate.

Indeed, when you look at the size of the setup at Leeds, and the success they have enjoyed over the years in terms of trophies, it is hard to argue with Jansson’s claim they are a bigger club than Brentford.

However, you wonder just what those associated with the Bees will make of their captain’s description of them as a small club, and it will be intriguing to see if this has any affect on how things play out on Sunday.