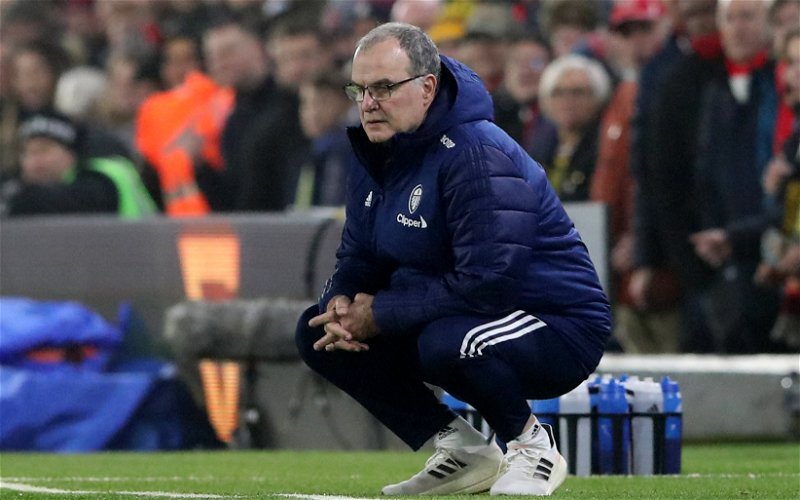 Leeds United face West Ham this weekend looking to welcome key players back to the fold after absences.

Injuries have been around every corner this season, and there aren’t many clubs that have it nearly as bad as the Whites.

Not only the frequency of the setbacks across the board but also the importance of the players that are being sidelined.

Bielsa hasn’t been able to name a full-strength squad all season and in recent weeks, under-23s and under-18s have made up his bench with numbers seriously depleted.

Here, we take a look at every Leeds injury at the club ahead of the weekend…

The club captain is up first and it’s more of the same for him when it comes to his hamstring injury.

He’s been out since the draw at home to Brentford where he pulled up in the first 20 minutes and is looking at an absence totalling three months with his return date set at March.

Phillips suffered a very similar hamstring setback to Cooper in the same game, coming off in the second half as the Bees restored parity.

While Cooper’s recovery looks set to stay on course, The Athletic’s Phil Hay has revealed that the club are quietly confident that Phillips could be in for a return ahead of his schedule.

“Obviously, Phillips and Cooper are still missing [ahead of Sunday].” He stated on the Phil Hay Show.

“I think Leeds are quietly hopeful actually that Phillips might beat the March return date but we will have to see.”

The striker has had a very frustrating second season back in the Premier League, picking up another injury after just returning from his lengthy layoff.

Bielsa’s press conference brought further insight where he outlined that the striker is one of three more players that are likely to be involved this weekend.

His recent setback was a hamstring injury, completing a trifecta in the Brentford game.

The next striker on the list is the Spaniard, Rodrigo, and it’s another positive update from Bielsa with regards to his fitness.

He’s been out of action due to ‘bilateral heel pain’ where the club reported that they were to reduce his playing time to aid his recovery from this issue, but the same update from Bielsa that outlined Bamford’s possible return was the case for Rodrigo.

He could be in the squad on Sunday.

The third of those players that Bielsa had good news for is Pascal Struijk.

The towering defender has been out of action for some time now, with his last minutes coming in the win over Crystal Palcace in November.

An initial hip injury was then greeted by a foot injury in training, but Bielsa believes he’s another that could be back in contention this Sunday.

The young striker has made quite the impact since coming into the senior setup.

His most recent performance saw him come off the bench and spark Leeds into life against Burnely, fighting with James Tarkowski to win a corner (for 2-1), to then tee up Dan James’ goal for 3-1.

Gelhardt’s reward for his efforts was a setback in training shortly after this game, and Bielsa confirmed at the time that it would be keeping him out for a month, so he could be back in early February.

Like Gelhardt, Roberts picked up an issue that was revealed prior to our FA Cup defeat to West Ham, but his injury was the one that forced him off against Burnley.

He was grouped together with Gelhardt in having a timescale of around a month, so expect him back in early February.

A suspected dislocated shoulder is what has kept the young centre-back out of the squad in recent weeks, with the club not confirming whether this is the issue.

While Gelhardt and Robert are out for a month, Bielsa revealed Cresswell was to be out until after the international break.

In any other season, that would mean an absence until mid-March, but this season (much to our joy) has another break at the end of January taking place for nations outside of Europe.

So, Bielsa likely means Cresswell is back after this break at the end of January.

Shackleton hasn’t played since he was forced off in the defeat to Manchester City, with an Achilles issue his current problem.

He was named alongside Cresswell in returning after this international break.

The young striker has made his first start in the FA Cup recently after making his Premier League debut in our final game of 2021.

Of course, he got injured right as we look like having no other strikers available.

He revealed on Instagram after the cup defeat that he picked up an injury, but there has been no timescale given.

“Gutted to have picked up a injury but I’ll be back stronger.”

He has since undergone successful surgery on said knee injury:

Leeds’ 19th matchday has been completed, so the five yellow card threshold has been pushed to 10.

However, two players are serving bans for this game: Diego Llorente, and the injured Roberts.