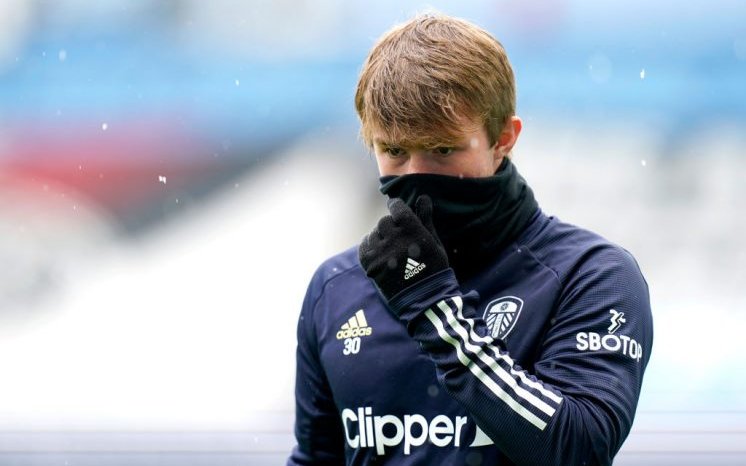 Leeds United youngster Joe Gelhardt made his senior debut in midweek, and there’s a good chance he could be involved in the Premier League tomorrow.

The Whites face their sixth league game of the season as West Ham make the trip to West Yorkshire on Saturday afternoon.

As pressure mounts on Leeds’ chase for that elusive first league win of the season, Marcelo Bielsa’s has not been helped by the sheer volume of injuries he contends with this weekend.

We got a taster for the selection dilemmas at hand as we overcame Fulham on Tuesday via a penalty shootout.

One benefit of the current crisis is that youngsters have stepped up to the plate and largely look ready for that chance.

The player everyone has been waiting for in terms of a debut is striker Joe Gelhardt, who came on with around 20 minutes to play in midweek, before confidently slamming home a sudden death penalty.

As Patrick Bamford continues to be absent for the weekend, there are debates regarding who Bielsa will look to replace him with.

Fans would no doubt love to see what the teenager has to offer in the role against West Ham, but The Athletic’s Phil Hay has offered a cautious view on the topic.

Speaking on The Phil Hay Show Podcast, he stated:

You do want to see him.

You do see him score those goals as he did against Liverpool last weekend, and you think to yourself it would be great to see how he copes in the Premier League.

You have to get it right, you do have to time it.

I think it’s very unlikely he will start the game while Rodrigo is still fit and waiting for his chance to front.

However, there is scope for Gelhardt to be involved in some capacity, given that he’ll almost certainly be in the squad.

He didn’t have the most lively game against Fulham but he looked confident enough to show for the ball and try to make things happen which is positive.

If we need a different option off the bench to play up front, I wouldn’t mind seeing him come on against West Ham instead of Tyler Roberts.