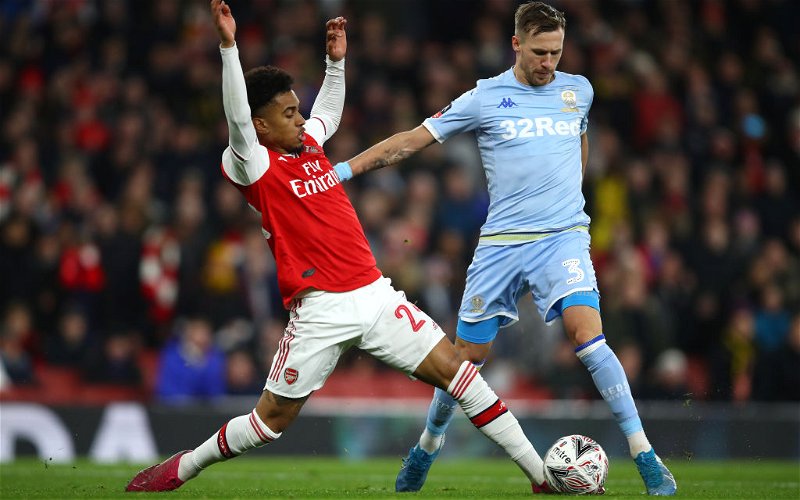 Barry Douglas could be leaving Leeds United late in the summer transfer window, with Blackburn Rovers and Watford in the mix to sign him.

Leeds have started life back in the Premier League brightly, but that positive start has been without Douglas.

Now, he’s got a couple of opportunities in the EFL presenting themselves as deadline-day looms.

Phil Hay has been reporting that Watford are interested in doing a deal for Douglas. Additionally, it’s noted that Blackburn Rovers are also keen on the Scottish left-back.

It’s been a disappointing start for Douglas in 2020/21, with his only minutes coming in the EFL Cup.

Marcelo Bielsa hasn’t included Douglas in any of his matchday squads in the Premier League, with Stuart Dallas the first-choice left-back. Additionally, Leif Davis was given the nod over Douglas on the bench against Man City last night.

In total, the 31-year-old has made 45 appearances for Leeds.

He’s a two-time promotion winner, with two Championship titles to his name in the space of three seasons.

In 2017/18, he scored five goals and registered 14 assists for Wolves, helping them romp to the title.

The writing looks to be on the wall for Douglas at Leeds and you can see why a move might appeal.

The left-back is a really solid player and, with a bit of a run away from injuries, he could find his best back in the EFL.

Ultimately, he’s not hit the heights expected of him at Leeds, but he’s still going to go down in the history books as a title winner in the Championship.

His experience will have been a big part of last season’s success and you can tell he’s really appreciated within the dressing room.

However, he’s at the age now where he needs to be playing games and we can’t deny him a move back into the Championship to find game time.

If things materialise, you’ve got to wish Douglas all the best.