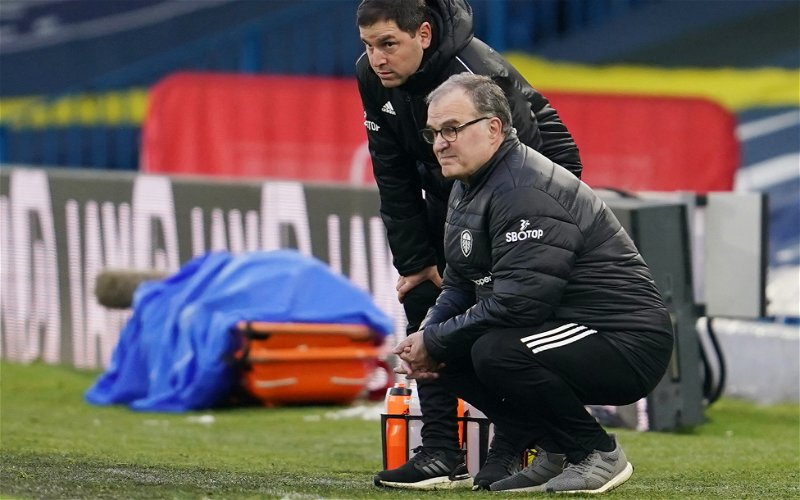 Phil Hay has backed up Leeds United’s stance in the transfer market that we won’t see much movement from Elland Road.

The January window does offer a lot of temptation to bring in a fresh face or two to address lingering issues from the summer.

There are clearly areas for improvement that Marcelo Bielsa will know about that he wants to sort out in the coming months.

However, there isn’t much urgency for those transfer moves just yet.

As we sit 12th in the Premier League, we can be relatively happy with our start to life back in the top flight.

The other two promoted sides find themselves in the relegation zone and it’s a sign of how high the expectations are that we’re still being criticised at every turn.

Our start to 2021 has raised a few eyebrows though about whether there might just be one eye on recruitment this month to add to an injury-hit squad.

A 1-0 home defeat to Brighton on Saturday did not feel great and questions were asked about whether we might dip into the transfer market for a new signing.

The Athletic’s Phil Hay responded to a fan’s question on the matter, reiterating the club’s stance.

“I’m reluctant to go over the top about Saturday. It really wasn’t good but there were bound to be dips this season.

“The trick is to avoid letting poor form set in.”

Hay is right, there were always going to be low points this season and that shouldn’t justify signing a Rodrigo De Paul for the sake of it.

We’ve clearly got enough quality to steer well clear of the relegation scrap this season and therefore, we don’t need signings.

It might be tempting when you have injuries, but then you have another imbalance to contend with when the players you tried to replace return to the squad (Koch, Llorente, and Berardi).

Saturday was bad if you take it at face value, but in the grand scheme of things, it shouldn’t spark a full-on meltdown that pressures us into signing players we don’t need.