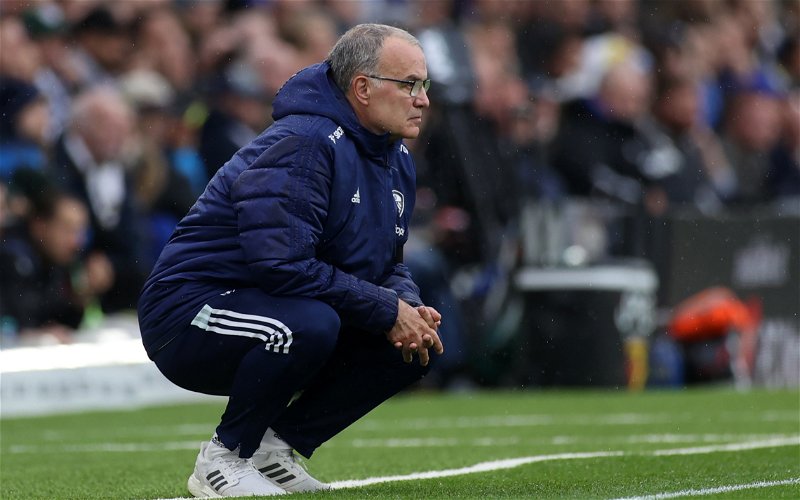 Leeds United would not need to overhaul their playing squad, even if manager Marcelo Bielsa was to leave the club.

That’s according to The Athletic’s Phil Hay, who believes that the structure of the current squad means such extensive change should not be required in the future.

Having only signed a one-year contract extension at Elland Road back in the summer, and with Leeds enduring a slow start to the season, there have been some questions over Bielsa’s long-term future in Yorkshire.

Although there have been some big money buys, there has yet to really be a genuine overhaul of the Leeds squad since Bielsa’s arrival at the club.

Meanwhile, a number of exciting young players have also risen through the ranks at Leeds- such as Pascal Struijk, Crysencio Summerville and Jamie Shackleton – establishing themselves as genuine first-team options for the club.

As a result, it seems Hay believes that even in the event of Bielsa’s departure, Leeds will not need to drastically change their squad.

Writing in The Athletic about what a new coach might have to do with the squad if Bielsa leaves, the reporter said: “Assuming Leeds’ strategy goes to plan, the structure of Bielsa’s squad should avoid the need for a mass overhaul in future, under him or a different manager.

“Even in a busy transfer window, there will be promising players left to work with and scope for them to grow.“

It would certainly be useful for Leeds if this does prove to be the case.

Even if Bielsa does leave, then keeping the majority of the squad together would still provide those players with a sense of familiarity, and would allow them to continue playing in the way they currently do.

That would in turn reduce the need for change in approach at the club, and enable them to keep the momentum they have built over the past few seasons.

You feel the young players that are starting to come through at the club will also be ready to step in when necessary, meaning the future may well be bright for Leeds, even if Bielsa is to move on.